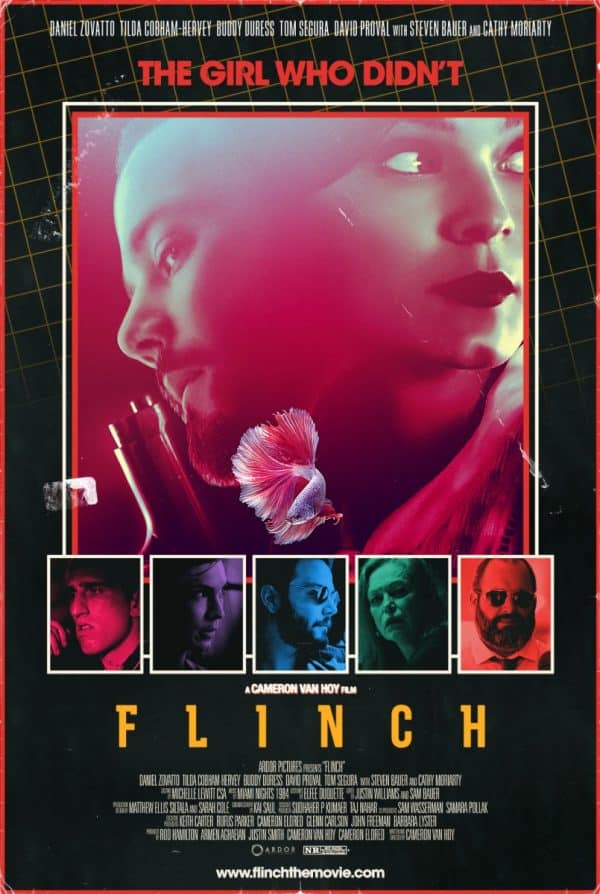 A young Hitman who lives with his mother catches feelings for the witness of a murder he commits. 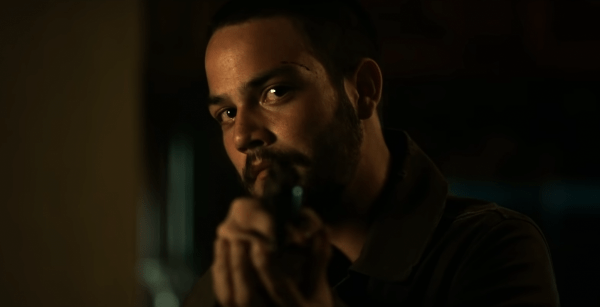 Flinch is simultaneously uncomfortable and misguided (regardless of its far too late last-ditch effort to flip the story upside down) but that’s not necessarily the reason this writing and directorial debut from Cameron Van Hoy is a misfire. It’s a given that a hitman born into a life of violence is going to be somewhat stunted when it comes to developing romantic feelings and whatnot, so there’s nothing wrong with the simple concept of a killer falling in love with a beautiful assistant connected to a deadly assassination. The failure is all in the characterization that never paints either of these characters beyond broad strokes and lame plot reveals. Flinch is not uncomfortable in a good way, it’s uncomfortable in a cringe way; it’s like Fifty Shades of Grey meets any dime a dozen hitman story with a dash of poorly mimicked Drive.

Paying off some debts to the California criminal empire his father was once a part of, Joey Doyle (Daniel Zovatto, who is nonetheless decent at playing the brooding type) is shown to be stealthy with pinpoint accuracy when it comes to infiltrating areas and taking out targets. His next objective is assassinating a city council member, wherein part of the stakeout involves him stalking the aforementioned pretty assistant Mia Rose (Tilda Cobham-Hervey), a task he becomes slightly obsessed with. Nevertheless, in the execution of the mission, things don’t go as planned. The murder part goes fine but Joey finds himself kidnapping Mia and taking her hostage back at his home. Why doesn’t he kill her, you ask? Well, she doesn’t flinch in the heated moment, which goes on to be a prominent topic of discussion that is not only forced but so empty you will become annoyed at the title of the movie. 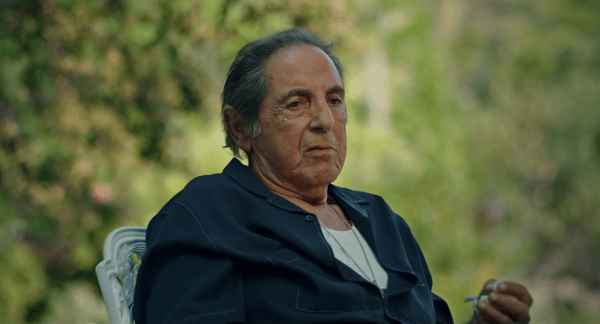 Here’s where things take a tonal nosedive: Joey also lives with his cantankerous mother (Cathy Moriarty), hoping that after completing enough jobs he will be out of debt and able to purchase a beach home for the both of them. That’s all fine and noble, but the dynamic here between the characters is something out of a TV sitcom that does not gel with the very real dilemma of what Joey should do about the woman he has tied up to his bed. Speaking of that, there’s also some neon lighting in the room and implied BDSM innuendo, all of it coming across gross considering Joey loves a woman he doesn’t know the first thing about. Again, there’s nothing wrong with having a character socially maladjusted when it comes to forming romantic connections, but for the majority of the movie, it’s just creepy with no real purpose.

What can be said is that the character of Mia is occasionally resourceful, intent on doing whatever is necessary to survive the situation. She doesn’t always make the best decisions (especially considering she has more knowledge of the situation than she leads on), but one moment involving fire is fairly clever and engaging. At the same time, Flinch feels like it’s cheating with her characterization, and not everything about her actions adds up by the time the credits roll. 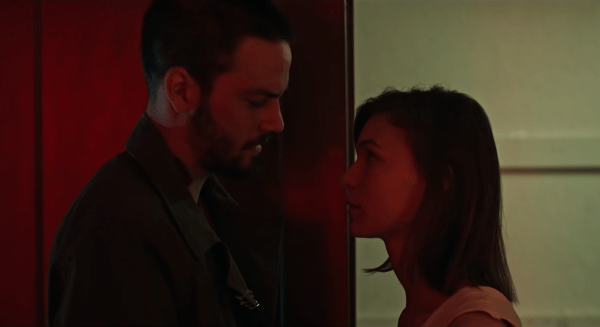 For those looking for some decent action, Flinch does provide obscene amounts of blood from stab wounds and victims flailing around wildly at the penetration of every gunshot wound. There’s not plenty of shootouts, but when they do occur they are as boisterous as Joey’s mama trying to talk some sense into him. The final action sequence also has clear and concise cinematography rendering it fun to watch. As for the character of Joey Doyle, he’s not as complex as Flinch thinks he is or needs him to be; it’s all formulaic and will probably leave you petrified and indifferent.