THQ Nordic has revealed that the eagerly awaited Biomutant will launch on Xbox One, Playstation 4 and PC on 25th May.  This is great news for those who have been closely following its development.  There has also been the announcement of two collector’s editions, both available now to pre-order and come with a variety of Biomutant themed goodies. 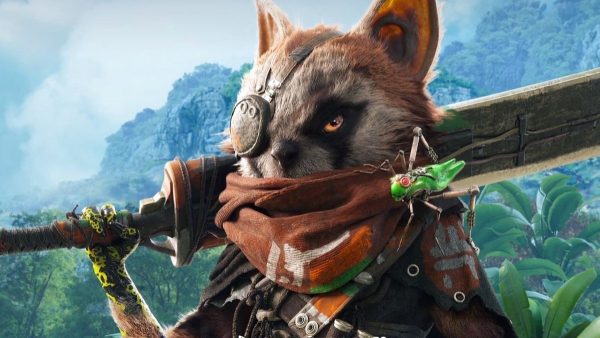 The two Collector’s Editions available for pre-order are: 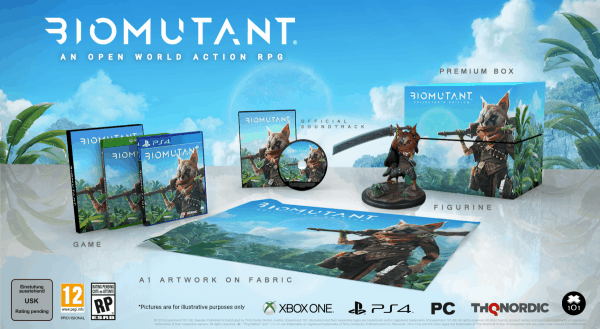 Biomutant is an open-world, Kung-Fu fable RPG set in a post-apocalyptic world where players will be able to use a unique martial art styled combat system that blends melee, shooting and mutant abilities.

As players progress through the game they will be able to re-code their genetic structure that will affect the way they look, fight and play.  Abilities will be altered by mutations caused by bio-contamination in the world, allowing them to use abilities such as Turtleform and Mucus Bubble, while exposure to radiation from pre-apocalypse bunkers will unlock psi-mutations like telekinesis, levitation and more.

Players will be completely free to craft whatever mix of weapons they like, use parts from different weapons to create your own unique slash and crush weapons.  Create revolvers, rifles and shotguns and on an assortment of mods ranging from corkscrews to chainsaws.  Equip gas masks and oxygen tanks for exploring ‘Dead Zones’, protective gear for cryonic areas and more.

There’s a whole world waiting to be explored. Travel by foot, mech or even balloon and explore the mountains, the dying wildlands and the archipelago or slip below the surface to investigate bunkers and tunnels from the time before.

Encounter a variety of weird and wonderful characters, confront mysterious and often dangerous creatures abd decide how your story of survival will end this May with Biomutant.