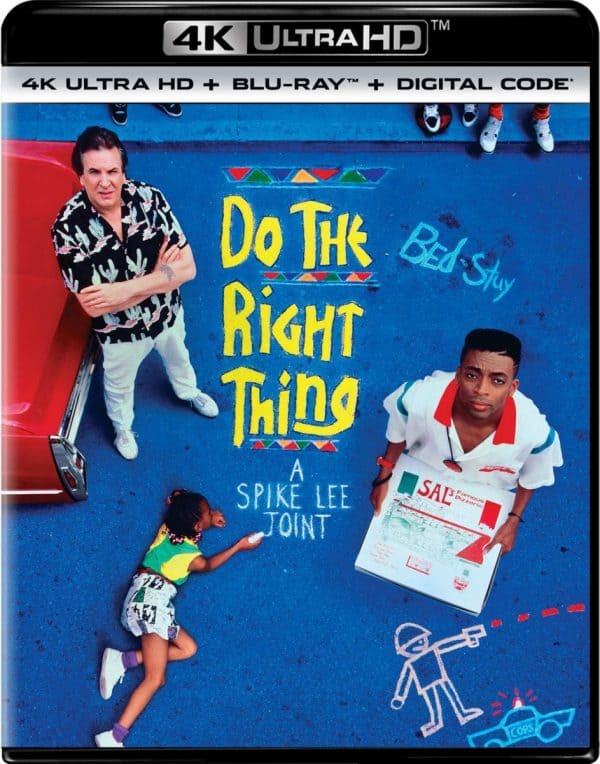 Do the Right Thing is just as important today as it was when it was released in 1989, so it’s a perfect time to revisit this film in 4K. It looks better than it ever has on home video, and while Universal’s only new bonus feature is a Spike Lee introduction, they ported over plenty of extras from past discs, including an older Criterion release. 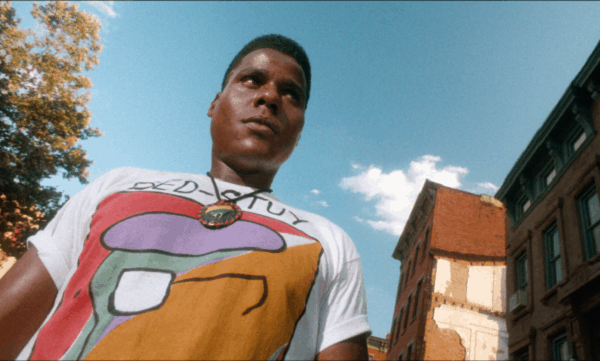 If you sat someone down in front of Do the Right Thing today, with no prior knowledge of the movie, they’d likely think it was made in recent years. Sure, the lack of smartphones and other modern technology would stand out (I suppose Mookie would be working for Uber Eats if the film was made today), but other than that, Do the Right Thing is a great example of “The more things change, the more they stay the same.”

This movie came out after I finished my freshman year of college, where I lived on a campus that was about 50% black. I had witnessed firsthand many of the dynamics that play out in this film. In fact, some of the scenes are reminiscent of things I saw on campus, where I had mostly kept my mouth shut and observed. I saw myself as a male heterosexual WASP who had grown up never worrying that someone might call me a racial epithet, or that I might get shot by a police officer, so I didn’t feel I had a right to get involved in what was happening. 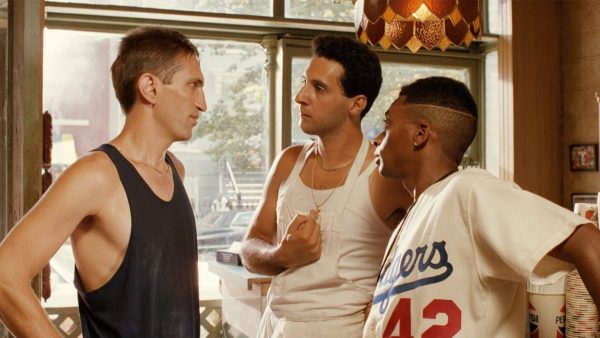 I now know that was wrong. Despite the fact that I was a skinny 18-year-old kid who grew up in the suburbs, I should have tried to engage more – not as someone trying to be authoritative, of course, but as someone trying to understand others’ perspectives. The campus was very self-segregated, and I ended up with other students who mostly looked, spoke, and acted like me. It was a missed opportunity that I’ve done my best to rectify in my older adult years.

Do the Right Thing was Spike Lee’s third studio film, and it remains one of his most controversial and well-remembered. He plays Mookie, who has a toddler with his girlfriend (Rosie Perez) and who delivers pizzas for Sal (Danny Aeillo), whose restaurant has been a 25-year institution in Brooklyn’s Bed-Stuy neighborhood. Sal’s older son, Pino (John Turturro), is unafraid to show his racist leanings, while his younger son, Vito (Richard Edson), does his best to follow in his father’s “go along to get along” footsteps. 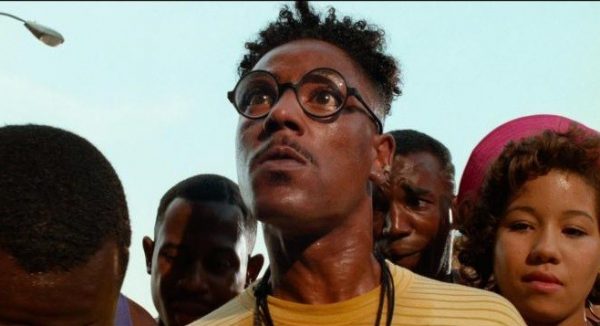 The story covers one day in the neighborhood as Mookie navigates its colorful cast of characters, including Radio Raheem (Bill Nunn), who carries a huge boom box that blasts Public Enemy (much to the chagrin of Sal), and Buggin’ Out (Giancarlo Esposito), who has been hassling Sal to put photos of black celebrities next to the Italian-American ones on his “Wall of Fame.”

Buggin’ Out decides to initiate a boycott of Sal’s pizzeria and tempers begin to flare during the course of a blazing-hot summer day. Samuel L. Jackson plays a small role as Mister Señor Love Daddy, a local DJ who’s a kind of Greek chorus as the situation boils over and ends in tragedy. Lee ends the film with quotes from Martin Luther King, Jr. and Malcolm X, signifying that Do the Right Thing isn’t taking a stand regarding who was right and who was wrong – the film is meant to be a part of an American conversation on race relations that may never come to a conclusion. 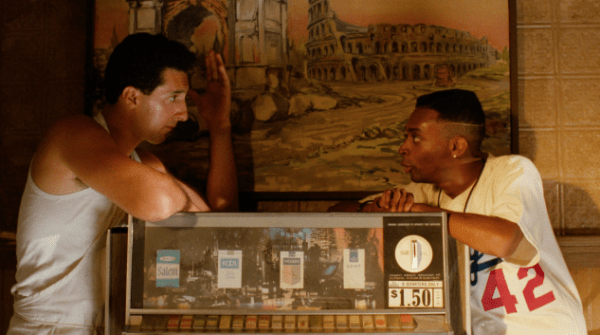 Criterion issued this film in 2019 on a Blu-ray disc featuring a 4K restoration, and that seems to be what Universal has used for the 4K UltraHD Blu-ray platter in this release. A Blu-ray of the film is included here too, but my understanding is that it’s not the same as the Criterion one; it’s an older Universal disc. A code for a digital copy can be found here too.

If you have the recent Criterion version (there’s an older Criterion release too), the decision whether to upgrade probably comes down to how 4K is to you. While the leap from DVD to Blu-ray was noticeable for most people, the jump to 4K has become more about the little details, like finer details in the scenery, or the way certain colors appear. Do the Right Thing has a very intentional color palette dominated by reds and oranges meant to evoke the heat of a summer day in New York City, and those colors certainly pop on the screen in 4K. The fine details are also there, making this film look better than it ever has on home video. 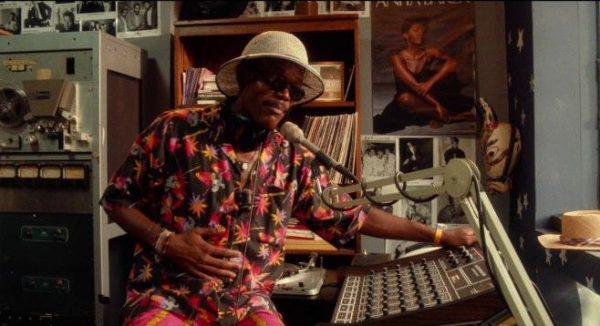 In the bonus features department, the only new item is an introduction by Spike Lee. My understanding is that most of the previously released extras are found here too, but I don’t have any of the previous Criterion and Universal editions, so I’m not sure what’s missing here. Lee’s new introduction, which runs just over a minute, notes that it’s been 31 years since the film’s release and yet not much has changed. He draws the obvious connection between one character’s death and the murders in recent years of George Floyd, Eric Garner, and so many others. His remarks are brief but powerful.

Here’s what you’ll find in the rest of the extras:

Two commentary tracks: The first one is from the 20th anniversary release and features Lee talking about the movie by himself. He opens by saying he hasn’t seen the film in a long time and proceeds to talk about whatever seems to pop into his head as he watches. There are periods of silence, and some of the information is repeated in other places, but it’s still a worthwhile track.

The second track was ported from an older Criterion release (not the 2020 edition, although it may appear there) and serves up Lee, his actress sister Joie Lee, director of photography Ernest Dickerson, and production designer Wynn Thomas. The participants were recorded separately, which has the advantage of ensuring there’s no dead space and no joking around that can mar group tracks when everyone is in the same room. Unlike the solo Lee track, a lot of it isn’t scene-specific, but that’s okay since it’s complementary to his discussion. 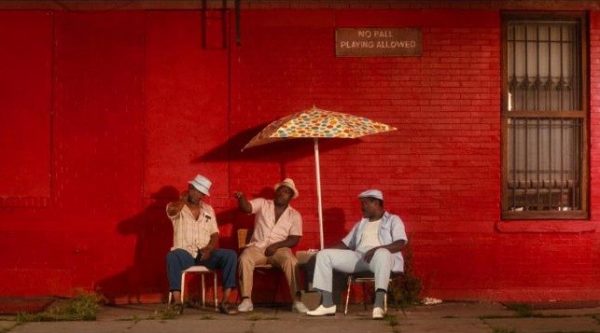 Do the Right Thing: 20 Years Later (35 minutes): Also ported over from the 20th anniversary edition, this look-back features Lee talking to Dickerson, line producer John Kilik, and cast members Rosie Perez, John Turturro, John Savage, Richard Edson, Frankie Faison, Steve Park Roger Smith, and Luis Ramos. It’s a unique way to approach one of these retrospectives, although it doesn’t give Lee many opportunities to talk about the movie. However, he has plenty of chances to do so elsewhere in the bonus features.

Making Do the Right Thing (61 minutes): “This isn’t one of those bullshit EPK things,” Lee says in his introduction to this documentary, which was shot during the making of the movie in Brooklyn’s Bed-Stuy neighborhood, where they actually built Sal’s Pizzeria and other locations. In addition to Lee and other principals, we hear from neighborhood residents, some of whom had the chance to work on the film in various capacities; not all of them were happy with the production. Return to Bed-Stuy is a five-minute epilogue that features Lee returning to the same neighborhood several years later and showing how it’s changed. I imagine many of the buildings have escalated in value since the 80s, thanks to Brooklyn’s changing socio-economics. 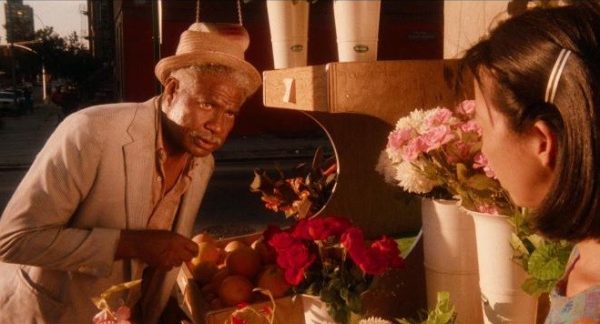 Cannes 1989 (42 minutes): This is a press conference from the 1989 Cannes Film Festival, where Do the Right Thing was nominated for a Golden Palm award. Lee, Richard Edson, Ossie Davis, Ruby Dee, and Joie Lee field questions from the media and bask in the glow of that moment when people realize they’re part of something special.

Behind the Scenes (58 minutes): Lee introduces this big batch of footage shot by his brother David when the film was made. It has a home video quality, as opposed to the slick behind-the-scenes footage usually shot for major studio films, but it’s a nice jump back through time. As Lee notes in his intro, actors like Samuel L. Jackson and Rosie Perez were just starting out, so it’s a unique experience to see them and the rest of the cast rehearsing, conducting a read-through, and figuring out their characters.

The Riot Sequence: Lee introduces this series of storyboards for the film’s tragic riot. He notes that he doesn’t usually storyboard his movies, but he felt he had to do so for that sequence because it was so complicated and important. The rest of this bonus feature lets you page through the 61 storyboards.

Deleted and Extended Scenes (14 minutes): This is a batch of excised footage that’s not in the best shape, but it’s fun to watch moments that made sense to lose but offer more color to the story, such as Sal yelling at a kid who tries to fry an egg on the hood of his car.

A trailer rounds out the bonus features.