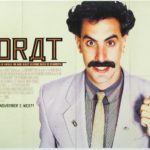 American actor Bill Nunn – best known for his role as Radio Raheem in Spike Lee’s Do the Right Thing and as Daily Bugle editor Robbie Robertson in Sam Raimi’s Spider-Man trilogy – has passed away aged 62 in his hometown of Pittsburgh, Pennsylvania. Nunn made his acting debut in 1988’s School Daze, and would reunit […]