Boss Team Games (Evil Dead: The Game) and developer Gamaga (Banana Kong) have announced they will be releasing their new turn-based fighting game Cobra Kai: Card Fighter on the 19th March on Google Play and the App Store with pre-registration for the game is available now. 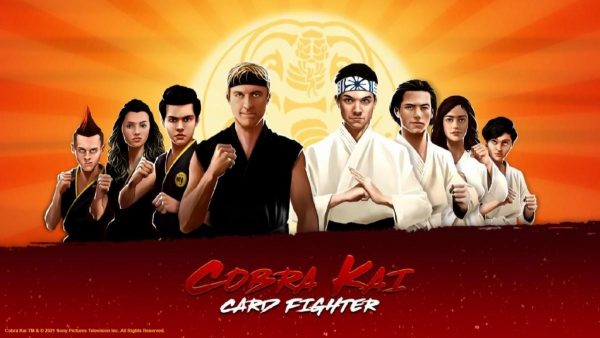 In Cobra Kai: Card Fighter players will be tasked with building up either the Miyagi-Do Karate or Cobra Kai dojos, recruiting a variety of familiar faces from the hit series and train them to become champions.  Fights will take place using a selection of cards that feature different karate punches, kicks, throws, special attacks and combos for each fighter.

The game will feature both a Story mode, where players will follow the directions of their sensei, and a Tornament mode that will allow players to take the fight to their friends in PvP fights using any of the characters they have unlocked.  Between each bout players can then train fighters in the dojo, build up their decks and customise their characters. 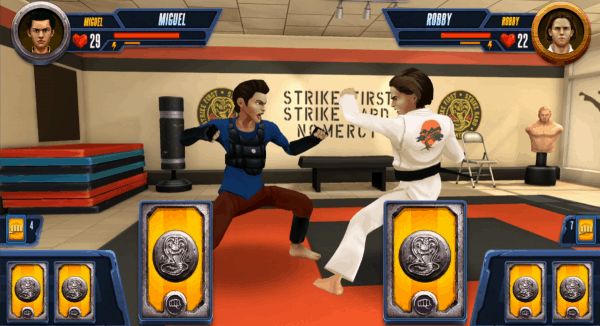 “Working on a franchise like Cobra Kai is a dream come true for us,” explained Gamaga producer Macarena Francia. “We think fans of the series will be overjoyed once they see how we’ve captured the spirit of Cobra Kai in this game.”

“We’re thrilled to be working with Boss Team Games to expand on the themes and characters from Cobra Kai,” added Jamie Stevens, EVP, Worldwide Consumer Products, Sony Pictures Entertainment. “Cobra Kai: Card Fighter does a great job of bringing the Cobra Kai universe to life in a fun and competitive package.”