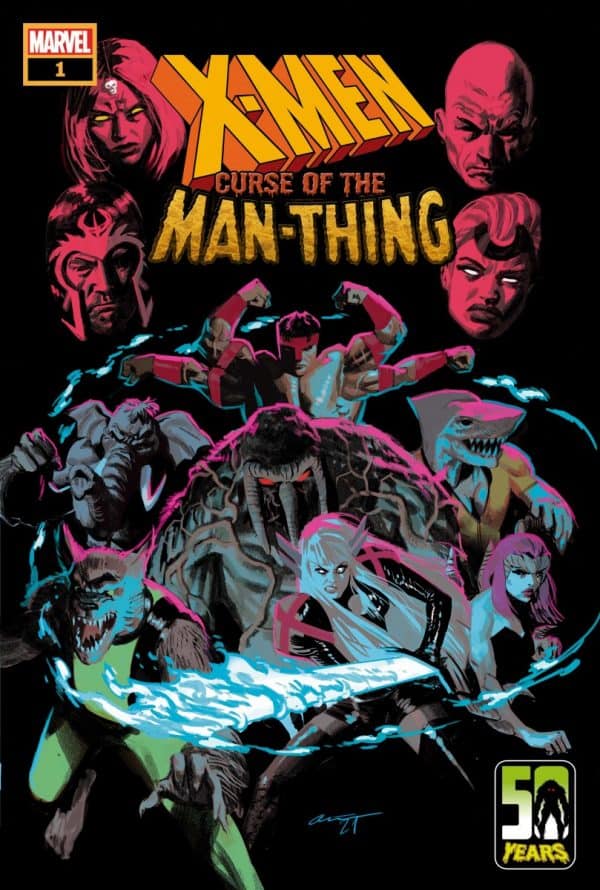 “It all comes together with X-Men: Curse of the Man-Thing, and I can’t wait for you all to see it! Andrea Broccardo’s work bringing to life not just Man-Thing and his new nemesis Harrower, but Krakoa’s iconic Magik and her team of Dark Riders has been nothing short of sensational,” said Orlando. “Regrown from nearly nothing, Man-Thing has returned to celebrate his 50th anniversary with a focus and intensity like we’ve never seen. Maybe he can stop the world from burning, but the real final showdown will be between him and the supernatural zealot that hijacked his powers: Harrower. Luckily, he’ll have help in the form of Magik, intent on repaying a debt the Marvel Universe never knew was owed until now. Monster Mutant Mayhem as Man-Thing’s 50th reaches its climax!”

Man-Thing’s tragic curse has finally been revealed… but it’s under new management! Years ago, Doctor Ted Sallis was ready to give up anything to crack the SO-2 serum and deliver success to his growing family. Unbeknownst to the rest of the world…he did. Today, as cities spanning from the U.S. to Krakoa are besieged  by fear-driven blazes, the Man-Thing must reckon with his past deeds if he hopes to emerge renewed and rescue a world on fire. But fighting from his lowest means that Man-Thing can rise to his highest, especially with the unexpected help of the X-Men’s resident sorceress Magik and her debuting team of monstrous mutants known as THE DARK RIDERS! Magik will lead one of the most eclectic group of mutants ever assembled, a fearsome mix of fan-favorites and obscure delights: Marrow, Forearm, Shark-Girl, Wolf Cub, and Mammomax! 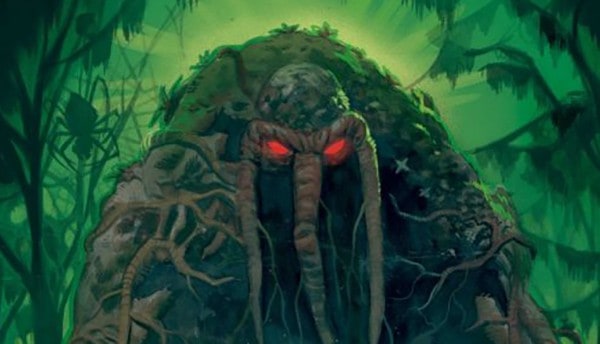