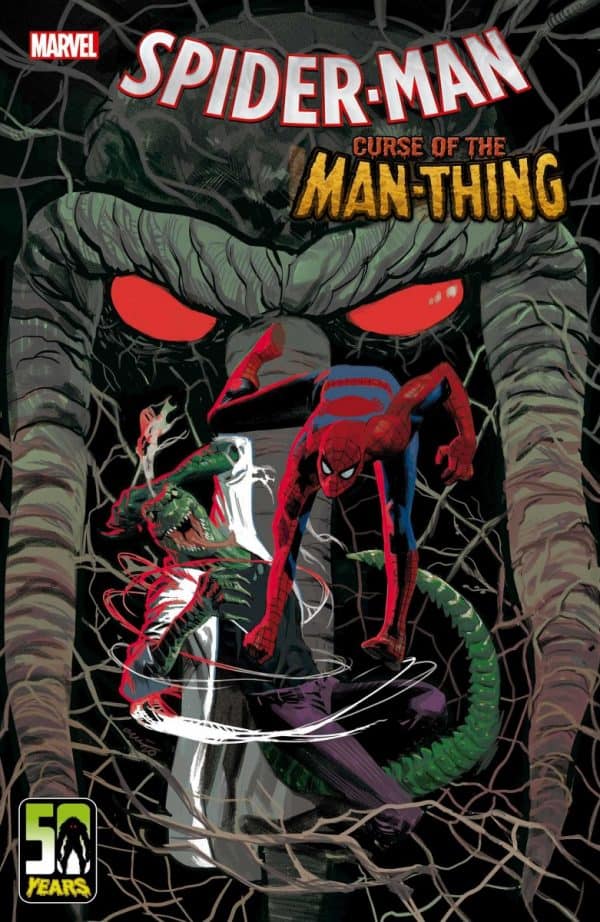 “Spider-Man: Curse of the Man-Thing picks up the second, explosive chapter of our anniversary celebration as cities across the world fall prey to Man-Thing’s fire, and the best hope for stopping the blaze rests with not just Spider-Man, but one of this oldest foes: the Lizard,” Orlando said. “What a blast to watch Man-Thing take Manhattan, and to see both Peter Parker and Miles Morales step up to the plate to defend their city against fear!”

“If you like super heroes and the supernatural, you’ll LOVE this high-octane celebration of one of Marvel’s strangest characters,” Editor Mark Paniccia said. “It feels like its own big event. And Steve’s epic story will reveal, amongst other things, an unexpected new dimension of the Marvel Universe.” 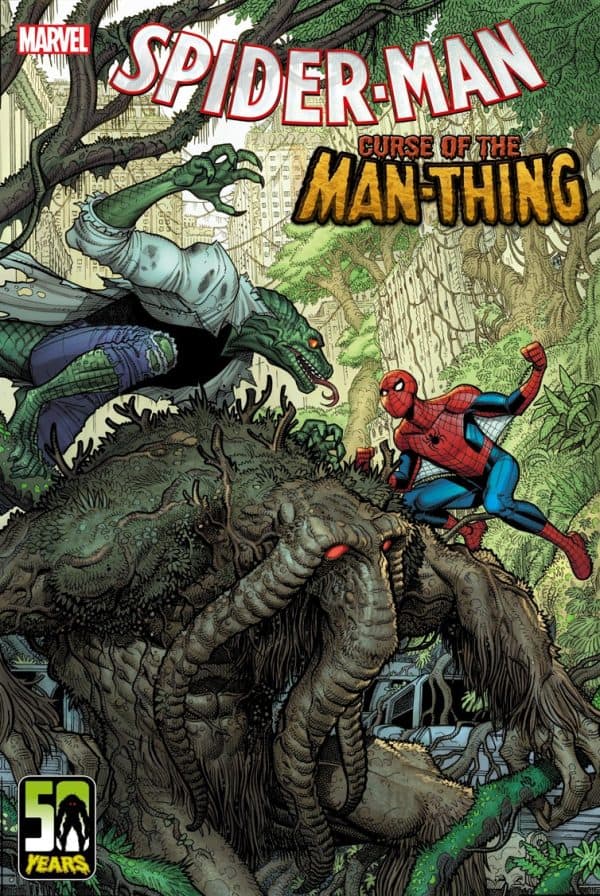 Man-Thing’s supernatural abilities have been pirated thanks to the new Marvel villain, Harrower, a zealot intent on clearing humanity off the board so a new species can get a shot at the top. The world burns and fear is the accelerant! Meanwhile, Spider-Man races across New York desperate to avert disaster and find the one man that just might be able to get through to Man-Thing…his former colleague Curt Connors, A.K.A. The Lizard! But deep within the Man-Thing’s psyche, it’s Spider-Man that discovers something he never expected: a devilish secret, and a doctor seeking redemption.

Spider-Man: Curse of the Man-Thing will release in April 2021.