Marvel kicks of its Man-Thing 50th anniversary celebrations next week with the launch of its three-part Curse of the Man-Thing event, which gets underway with Earth’s Mightiest Heroes; check out the official preview here… 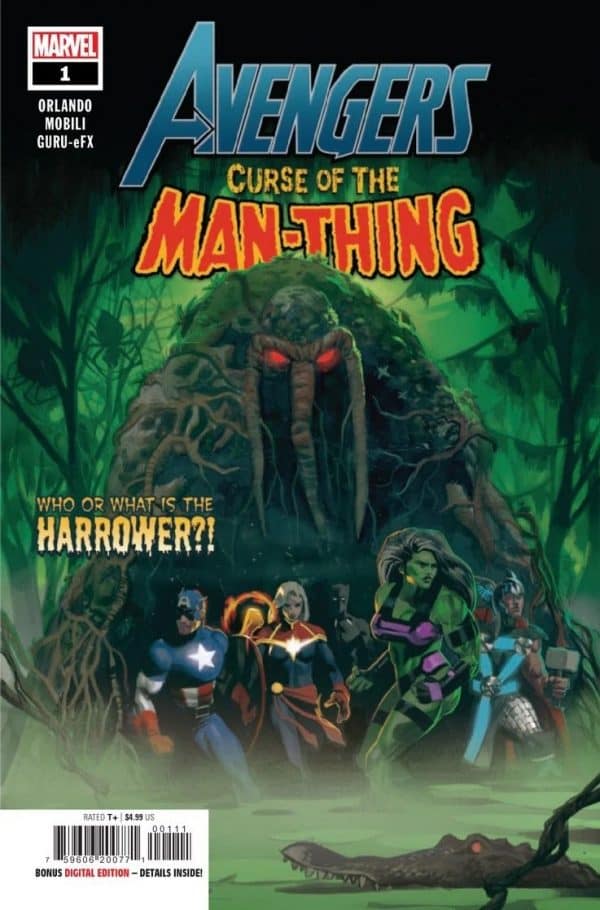 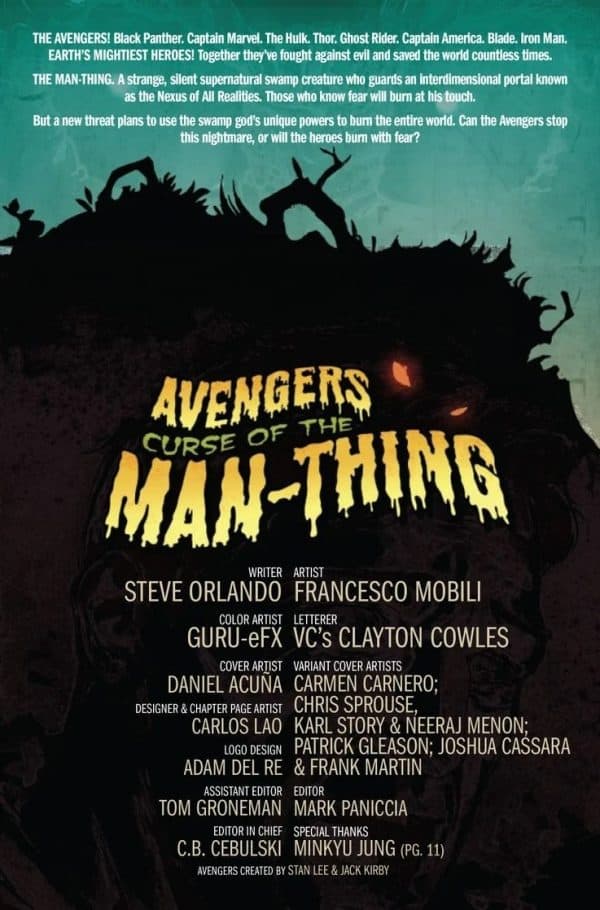 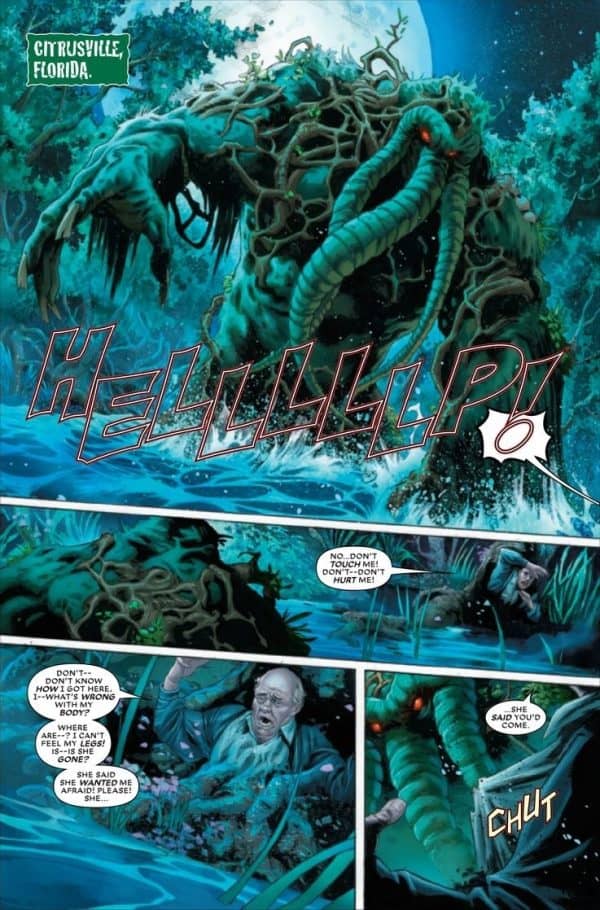 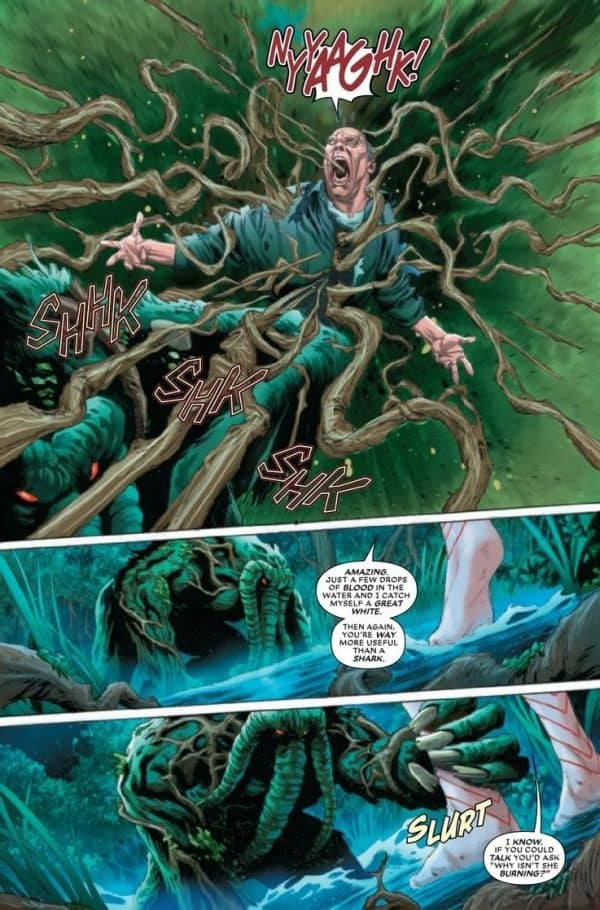 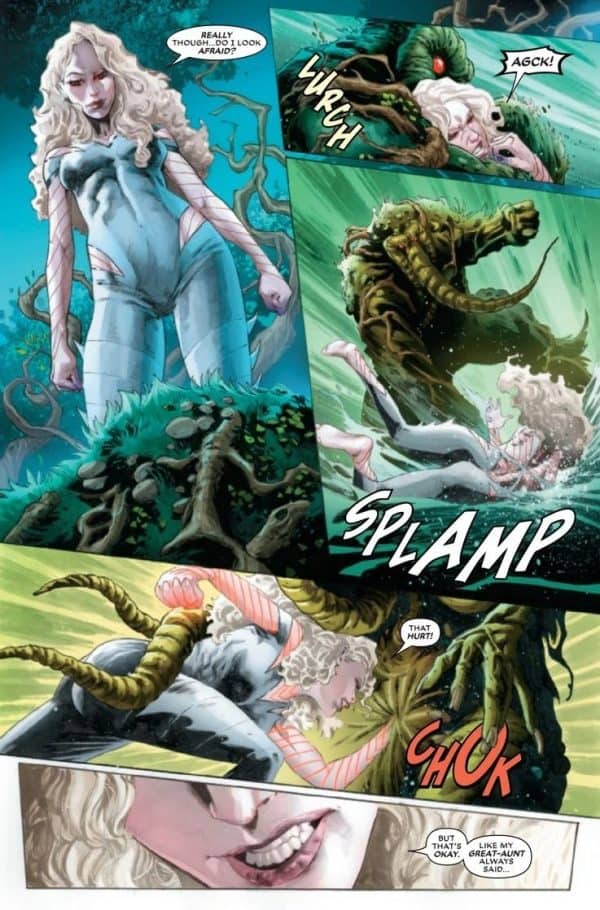 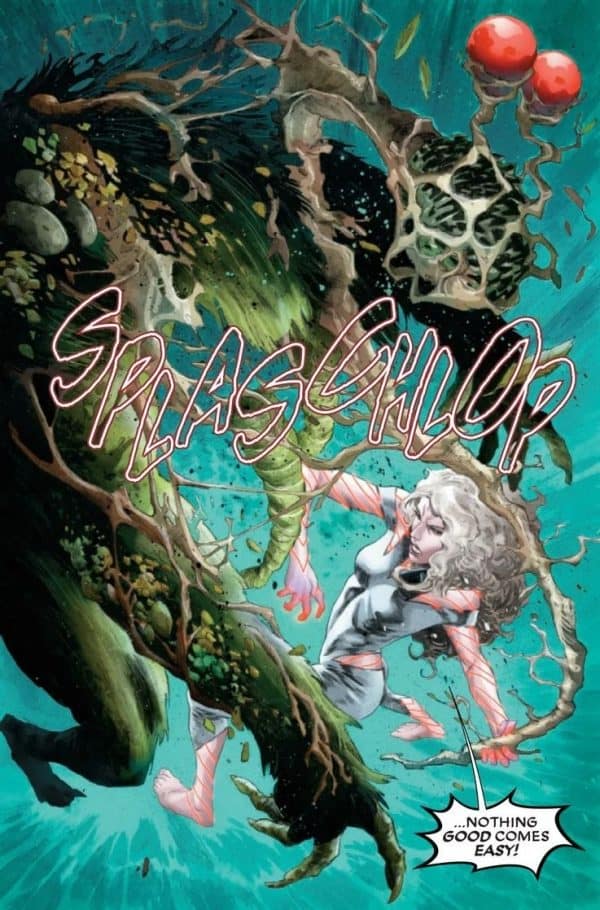 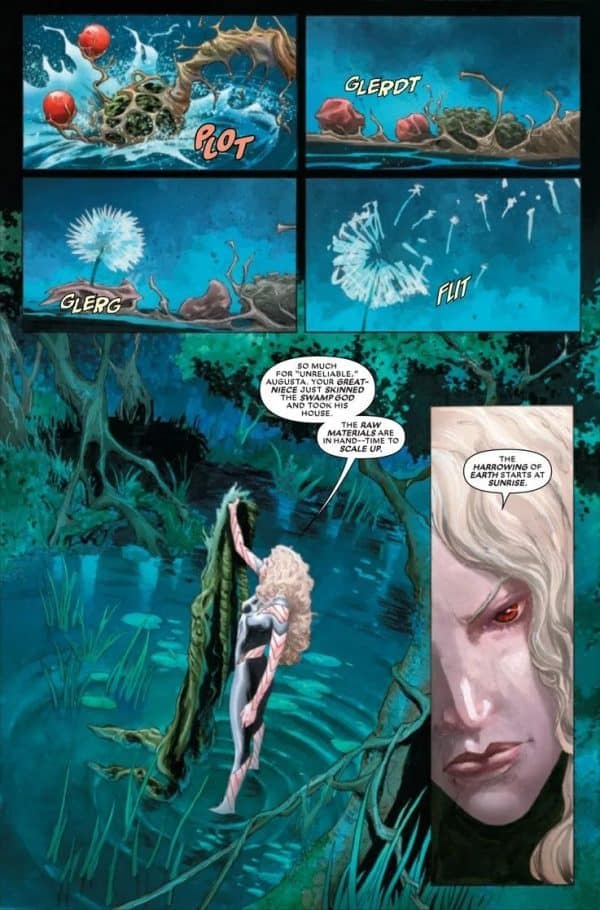 Critically acclaimed writer Steve Orlando (Martian Manhunter, Batman, Wonder Woman) makes his Marvel debut with a blockbuster celebration of MAN-THING’S 50TH ANNIVERSARY! For decades, the Man-Thing has haunted the Florida Everglades. Now a new enemy has hijacked his body on a quest to take his incendiary abilities global! We wake to fear as gargantuan monoliths menace cities worldwide, with only the AVENGERS standing between the population of Earth and a planetwide inferno. Can they save Man-Thing in time to douse the fires? And does the man inside the thing, TED SALLIS, even want to be saved? Introducing a sensational new villain, THE HARROWER! PART 1 of 3!