Superman #29 is out this Tuesday, and we have the official preview of the issue for you here courtesy of DC Comics… 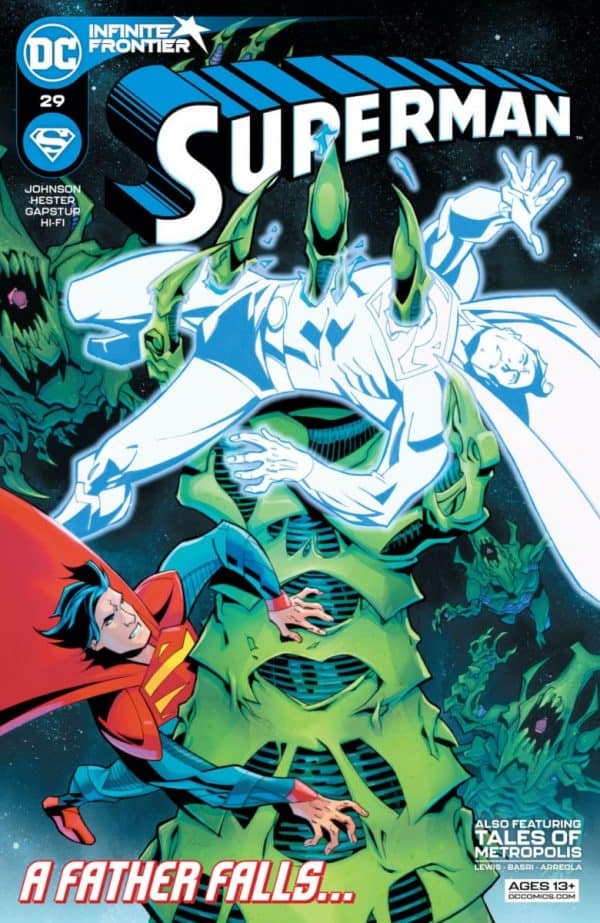 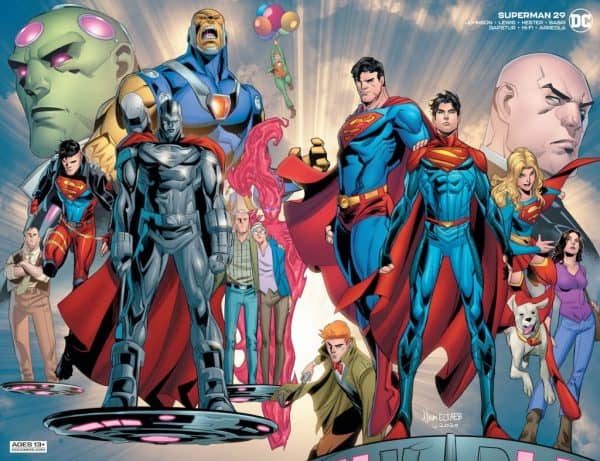 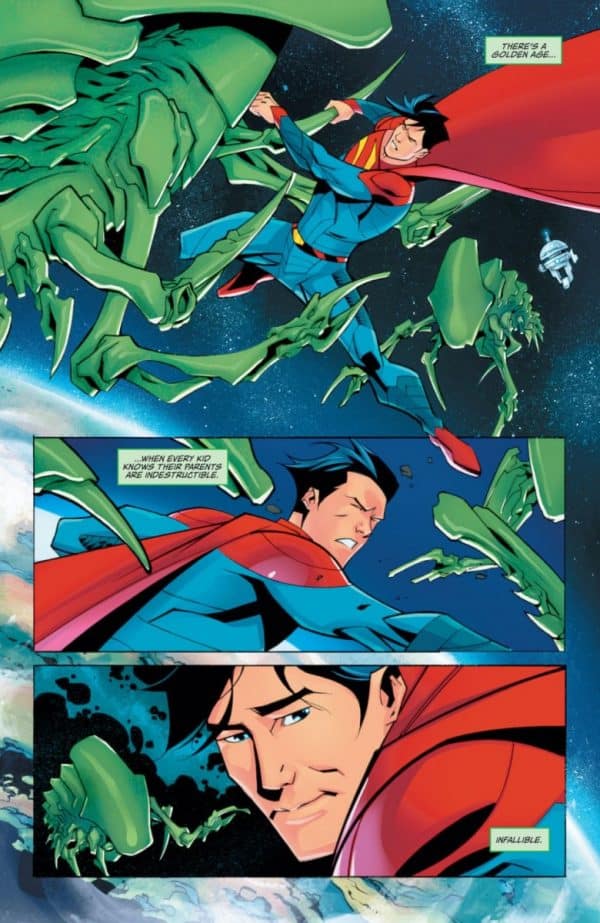 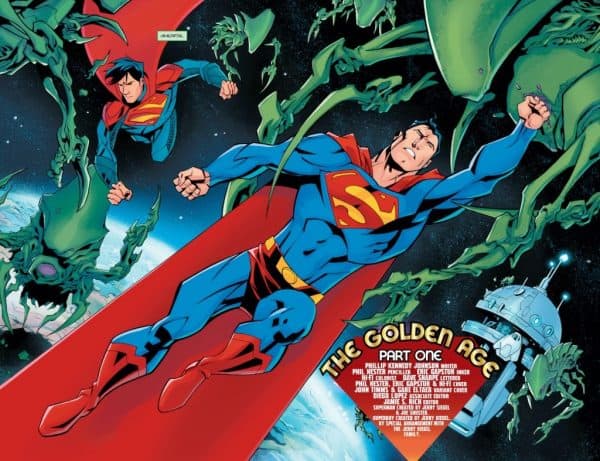 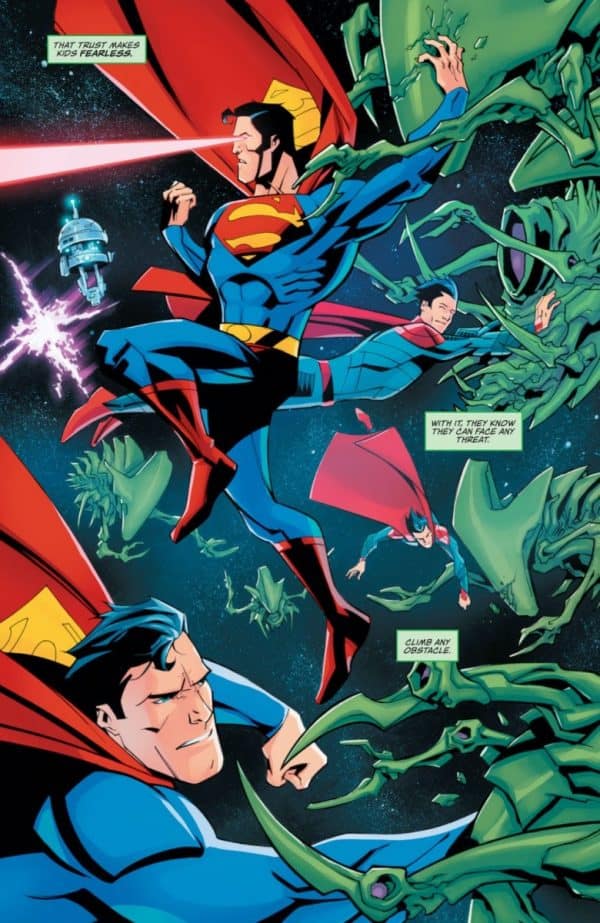 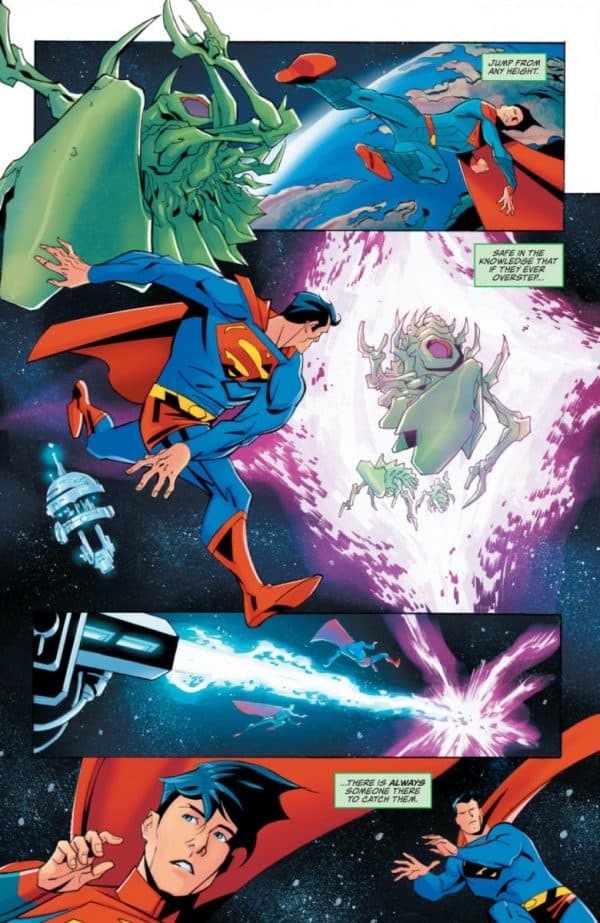 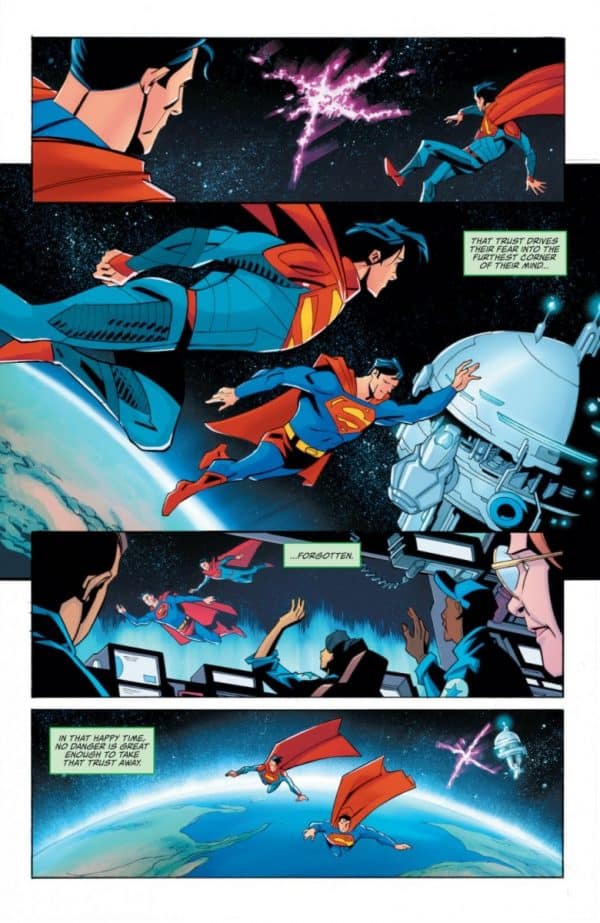 Writer Phillip Kennedy Johnson jumps from DC Future State back to the present for a two-part story that spans Superman and Action Comics this month!

In “The Golden Age,” Jonathan Kent steps back to examine his father’s legacy. When a monstrous foe from outer space attacks Clark-and nearly kills him!-this young hero must consider the fact that his father died once before, and the Legion of Super-Heroes told him he could die again. Any threat could be the one-including this one!

And in the new backup “Tales of Metropolis” story, writer Sean Lewis (DC Future State: Superman of Metropolis) and artist Sami Basri (Harley Quinn) follow Jimmy Olsen on a quest to meet of some of the city’s more colorful denizens, beginning with Bibbo Bibbowski!