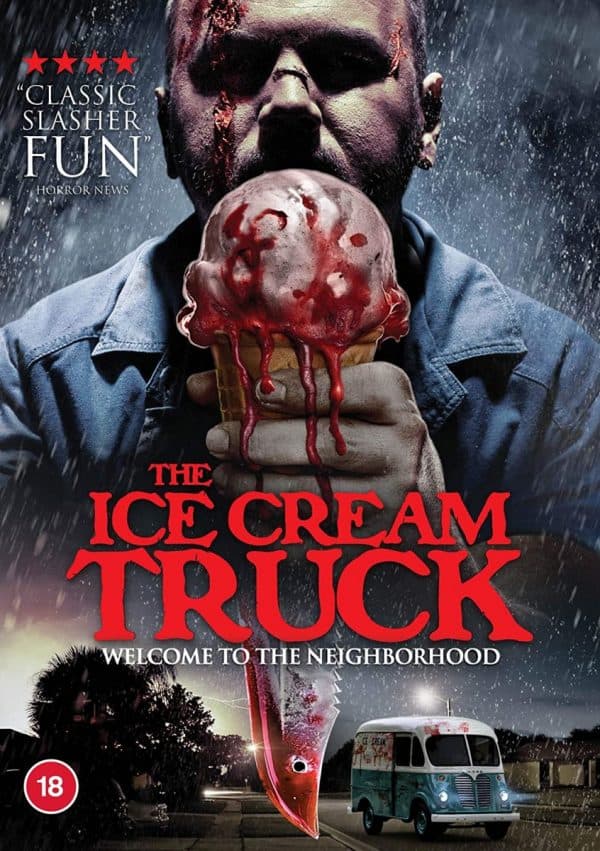 Struggling writer Mary returns to the suburban neighbourhood where she grew up, hoping that some fresh surroundings will inspire her creatively. While waiting for her husband and children to join her from Seattle, Mary is forced to tangle with a murderous ice cream man who has been murdering his way around the neighbourhood. 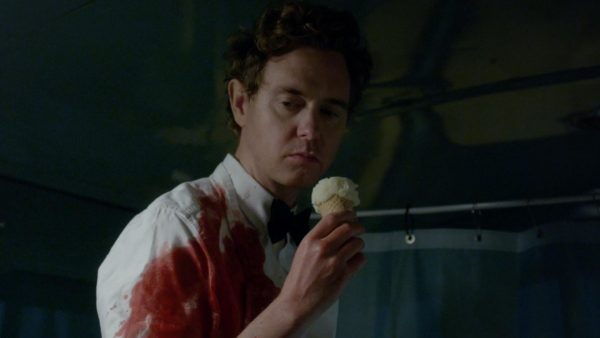 “I scream, You scream, We all scream for ice cream” so goes the old song. We all have memories as kids pissing about the streets doing what kids do, and then we hear that familiar jingle and everyone just loses their frigging minds, shrieking like wild banshees and rushing to get the delicious icy goodness.

Strangely though, the image of the “ice cream man” has been something of a minor figure in the horror genre, as is the case with the subject of today’s review The Ice Cream Truck, a film that’ll put you to sleep before if gives you an ice cream headache.

I don’t know about you dear readers, but I got the feeling watching this film that it wasn’t originally intended as a horror. From the opening moments, you’d think that it was a horror, with it having all the familiar ingredients.

Spooky 80s-esque synth score that sounds a bit like John Carpenter but not as memorable. Check. A quaint suburban neighbourhood not too dissimilar to the ones that the slashers of old would spend their murderous holidays. Check. A somewhat sinister ice cream man who never seems to take a day off and gives you a slightly uncomfortable feeling when he’s interacting with children. Check and name to the registry. 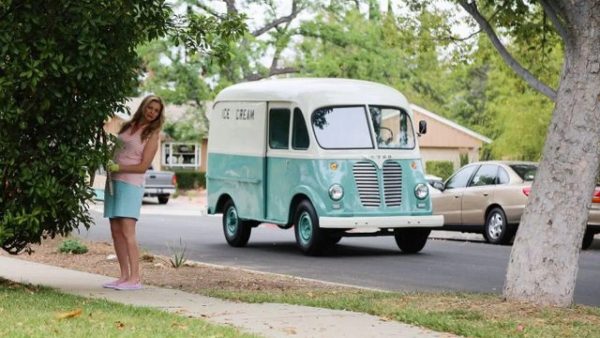 However, despite it ticking all these boxes, the film instead feels more like it was originally written as a drama about a woman coming to terms with getting older, which is after all one of the film’s recurring themes.

Mary, the protagonist of the film, constantly laments the fact that she’s getting older, hesitant to engage in an affair with younger man Max because as she states “I’m old enough to be your mother”. I should note that she says that line after she has sex with Max, in a playground no less. A bit late on that revelation don’t you think Mary?

Now that would be an interesting story idea, except that lead actress Deanna Russo (who plays Mary) really doesn’t’ seem that old at all, with her seemingly in her early 30s at most, with even her male co-star pointing out she’s really not that old.

Also, I don’t know why references to Dancing with the Stars make her feel old because last time I checked that show is still very much on the air and has only been on since 2005. Yet she refers to it like it was something that would come on after The Honeymooners or The Phil Silvers Show (now those are some old references for you). 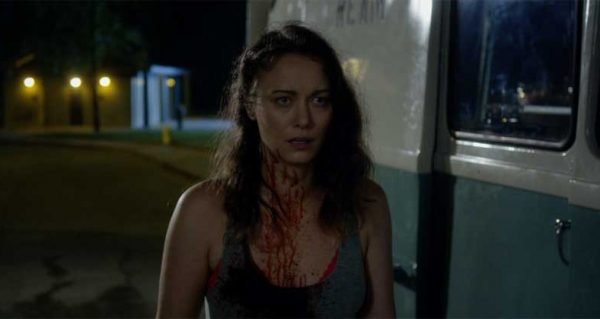 The irony is that her love interest Max, a supposed high school graduate, is the one who seems too old, with him looking more like a man in his mid to late 20s than a teenager. I know some people look older/younger than they actually (hell I look younger than I actually am) but when you make ageing a core theme of your film, at least cast actors who look like they could convincingly fit bill of “older woman” and “younger man”.

Oh yes, this was a horror film wasn’t it? Well to tell you the truth (and borrow a phrase) I lost track myself in all this excitement. However, I was relieved to know I wasn’t the only one who forgot the genre, because the film sure seemed to forget as well.

It’s a bit like the director wanted to make a serious drama about getting older, but then realised that the film was running about 15 minutes short so decided to throw in a homicidal ice cream man to pad the runtime out, and it sure feels like that with the ice cream killer only appearing in about 15 or so minutes of this 87 minute film.

The acting from the cast largely passable throughout with Deanna Russo (who some might recognise from short-lived TV show Satisfaction) giving the best performance of the film as Mary, with her doing her best with the rather tepid material. The rest of the cast is rather thinly written with them either being Mary’s gossipy nosey neighbours or rather sleazy men who really want to “get” with her. 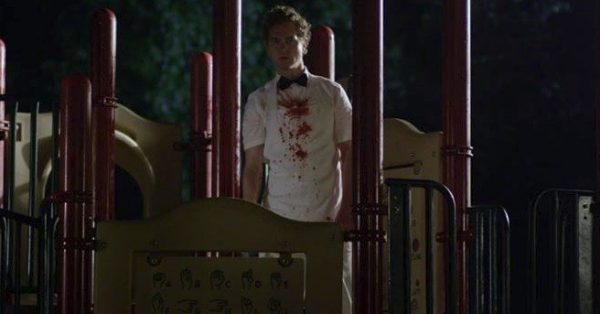 The mostly absent killer of the film (credited as Ice Cream Man) is frankly one of the most forgettable killers I’ve seen in a slasher, with his main defining characteristics being his awesome bow tie and his titular vehicle, which is so old that it looks like it should have a sticker promoting Barry Goldwater’s presidential campaign plastered somewhere on it.

Also, something of a side note, I have no idea what the hell the end of this film means. Like I’ve never been so confused by what should be a relatively simple ending, because it seems to contradict nearly the entire film that went before and poses more questions than a film like this frankly deserves.

Was it all a dream? Was the Ice Cream Man real? Why is The Delivery Man back? Why have I written nearly 1000 words on this film at this point?

The Ice Cream Truck is not a good film. It’s not the kind of bad film that makes me angry like some of the other horror films I sometimes sit through in this job (I’m looking at you The Snare), but it’s not the kind of enjoyably bad film like Crazed (that film is a hoot) either.

Instead, The Ice Cream Truck is just an incredibly bland film and quite frankly that is the worst thing a horror film can be because you can’t hope to scare people when they’re too bored to care.

If you want a decent killer “ice cream man” film check out the goofy but fun Masters of Horror episode “We All Scream for Ice Cream”, it’s not perfect but it’s certainly better than The Ice Cream Truck.