It’s not just Marvel’s superheroes who’ll be in the spotlight for Pride Month this June, as the publisher has also announced that it will showcase the LGBTQ+ characters of the galaxy far, far away with a series of Star Wars Pride Covers across the monthly Star Wars comic book titles. Here’s a peak at the first, a portrait of Sana Starros by artist Jan Bazaldua and colorist Rachelle Rosenberg, for Star Wars: Doctor Aphra #11. 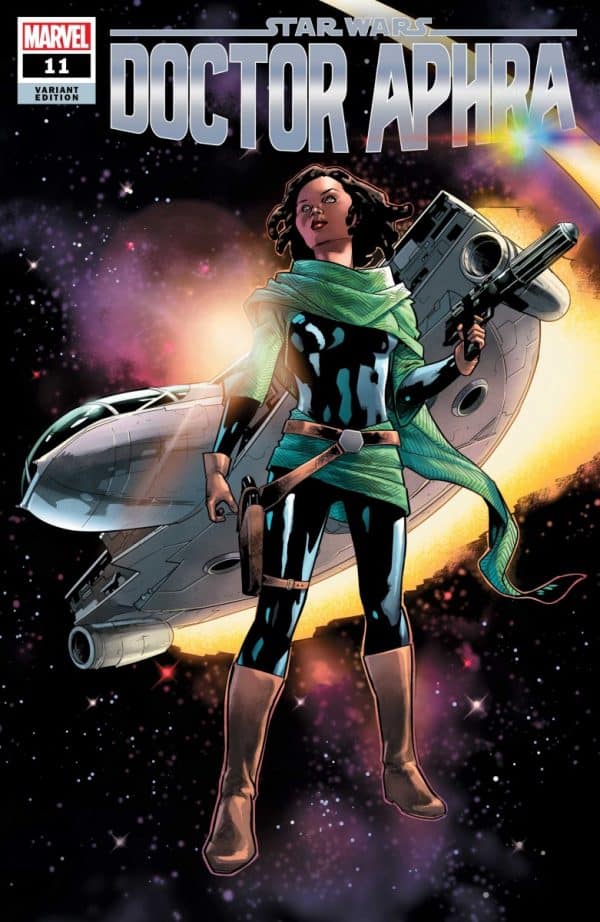 In addition to Sana, fans will also be able to see characters such as Doctor Aphra, Rae Sloan, Yrica Quell, Terec and Ceret, and Lando Calrissian brought to life by artists including avier Garron, Babs Tarr, Jacopo Camagni, JJ Kirby, and Stephen Byrne.

“This talented team of artists is bringing so much passion and enthusiasm to these covers,” said Editor Tom Groneman. “For me, sharing that passion with fans and readers is a wonderful celebration of the most unique, compelling, and iconic characters in the Star Wars galaxy.”