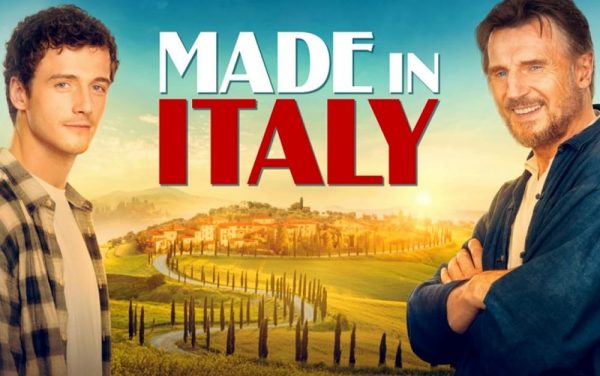 In the midst of a divorce, a man decides to renovate and sell the Italian villa he owns with his father. 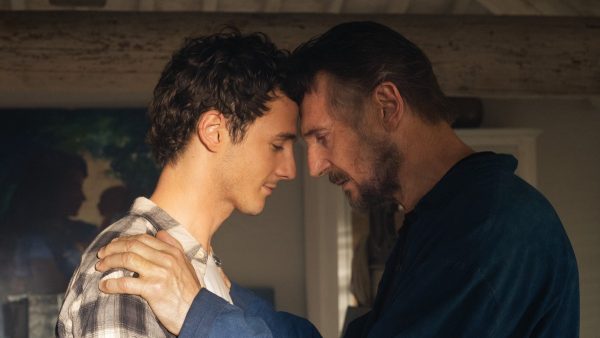 There are few things less exciting than a movie about intensely privileged people pretending to have problems. Thankfully, despite its cosy appearance and vino-on-the-terrace trappings, Made in Italy is not that movie. The feature directorial debut of veteran actor James D’Arcy, it’s an intimate and often light-footed study of grief and family – albeit one we largely feel like we’ve seen done many times before.

It gets a boost, though, thanks to some smart casting. At the heart of story is a father and son duo, with Liam Neeson starring alongside his real-life son Micheál Richardson. The latter plays Jack, who wants to raise money to buy the art gallery where he works from the father of the woman he is in the process of divorcing. In order to find the funds, Jack approaches artist dad Robert with an idea to sell the increasingly decrepit Italian villa they co-own. The building, however, is as full of painful reminders as it is of dust and tat, drawing out tensions and memories surrounding the tragic death years earlier of Robert’s wife – Jack’s mother. 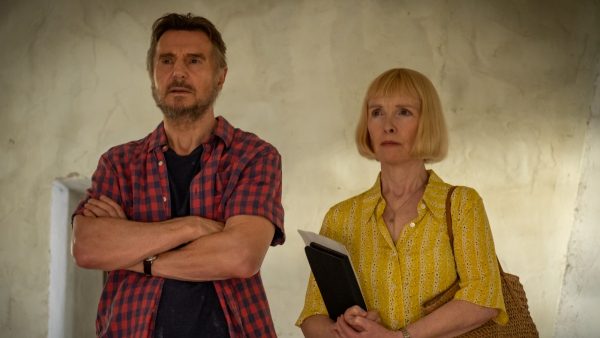 But that’s not to say this is a model for parent-child bonds. When we meet these two people, they’re undergoing a sort of prickly estrangement, with the pain of their grief unacknowledged in a way which is very believable given men’s long-documented refusal to ever confront emotional vulnerability. Despite this truth, the movie, which D’Arcy also scripted, feels trapped within the confines of gentle Sunday afternoon viewing and so never confronts the rawness and dark emotion that’s lurking just beneath its surface. 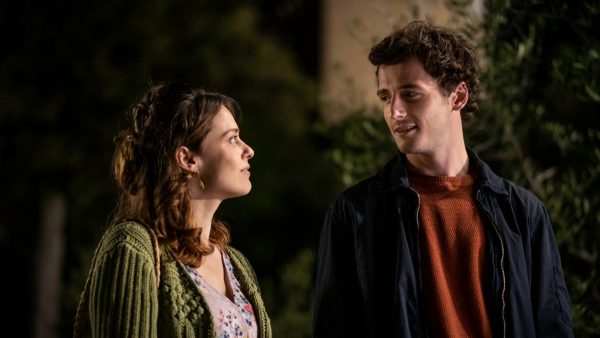 The approach is so earnest and light that it gets in its own way. Neeson’s performance is sensitive and well-observed in a way that reminded me of his similar turn in the vastly superior Ordinary Love, but this script lacks the teeth of that elegant domestic drama. D’Arcy also throws in a romantic subplot between Richardson’s character and Italian restaurateur Natalia (Valeria Bilello) which doesn’t ring true and feels like a distraction. The same is true of the frisson between Neeson and their estate agent, portrayed by the reliable Lindsay Duncan.

Ultimately, Made in Italy is simply too inoffensive to fully confront its themes. When it should be going for the emotional jugular, it retreats to safer and more conventional ground. What could have been something memorably potent is instead merely a cosy comedy-drama with a handful of chuckles and occasional flashes of real emotional truth. For many viewers, it’ll be exactly what they want it to be – an undemanding Sunday afternoon movie to be enjoyed with a cuppa and a Bourbon biscuit – but it could have been something far more special.