With the third instalment in the Ant-Man series, titled Ant-Man and the Wasp: Quantumania, currently in development, it has been confirmed that one star won’t be returning. 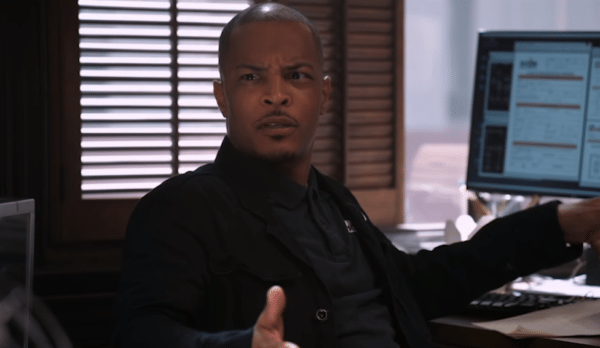 According to Variety, rapper and actor T.I., who played Dave, a friend to Paul Rudd’s Scott Lang/Ant-Man who helped him on his adventures along with ex-convicts Luis (Michael Peña) and Kurt (David Dastmalchian), will not feature in the next instalment of the Ant-Man franchise.

The outlet has confirmed that Marvel Studios never intended for him to return, even before the recent allegations against him. T.I. and his wife, Tiny Harris, are currently facing allegations of sexual abuse, forced ingestion of illegal narcotics, kidnapping, false imprisonment, intimidation, assault and harassment by multiple women.

T.I. won’t be the only character not returning for Ant-Man 3 as Randall Park, who plays FBI Agent Jimmy Woo in Ant-Man and the Wasp and WandaVision, has expressed his doubt that he will make an appearance as he hasn’t received the call. “I don’t know. I haven’t gotten the call. If I do get the call, I’m on it. If I don’t get the call, that’s fine too because I’m in Westview, New Jersey right now. You know, gotta focus on one case at a time,” Park said.

Are you looking forward to Ant-Man and the Wasp: Quantumania? Let us know on Facebook or Twitter @flickeringmyth… While plot details are currently being kept under wraps at Marvel Studios, we do know that Ant-Man and the Wasp: Quantumania is being directed once again by Peyton Reed and stars Paul Rudd (Scott Lang/Ant-Man), Evangeline Lilly (Hope Van Dyne/The Wasp), Michael Douglas (Hank Pym) and Michelle Pfeiffer (Janet Van Dyne) along with MCU new additions Kathryn Newton (Freaky) as Cassie Lang and Jonathan Majors (Lovecraft Country) as Kang the Conqueror.