DC Comics releases Batman: Urban Legends #2 this Tuesday, and you can get yourself a sneak peek at the issue here… 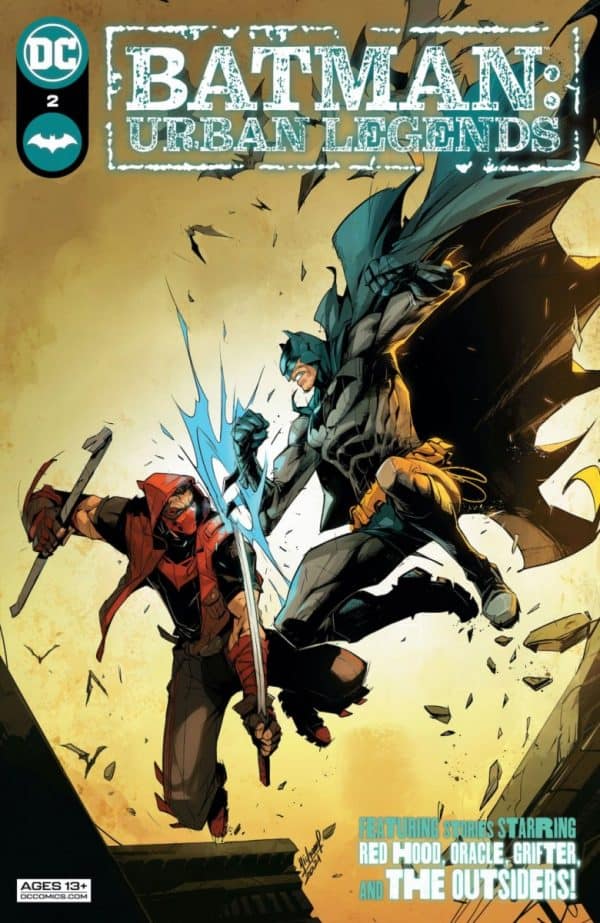 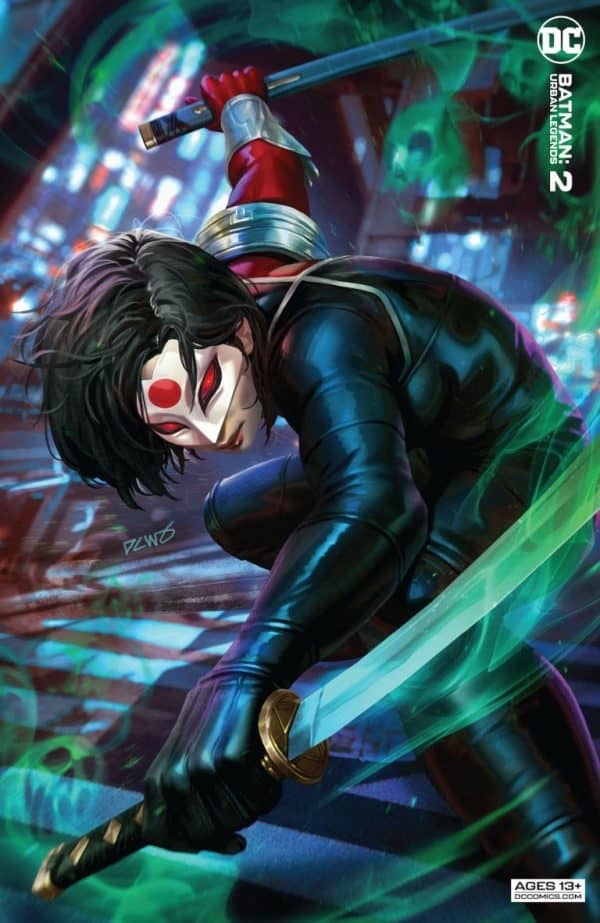 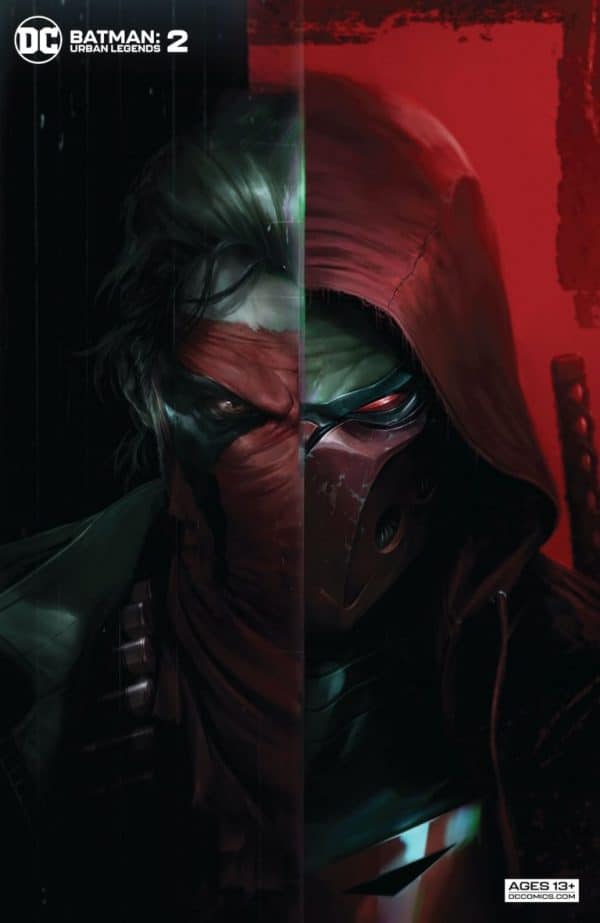 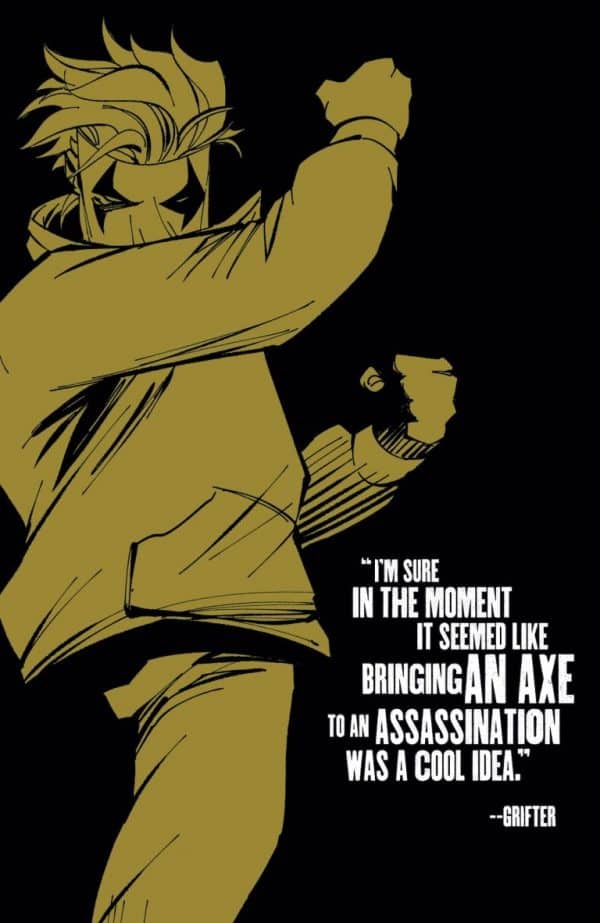 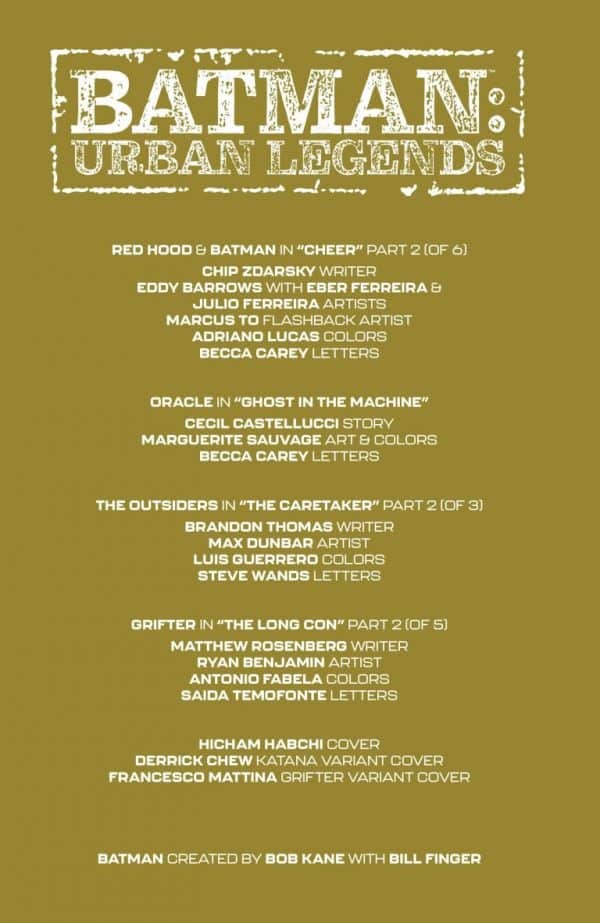 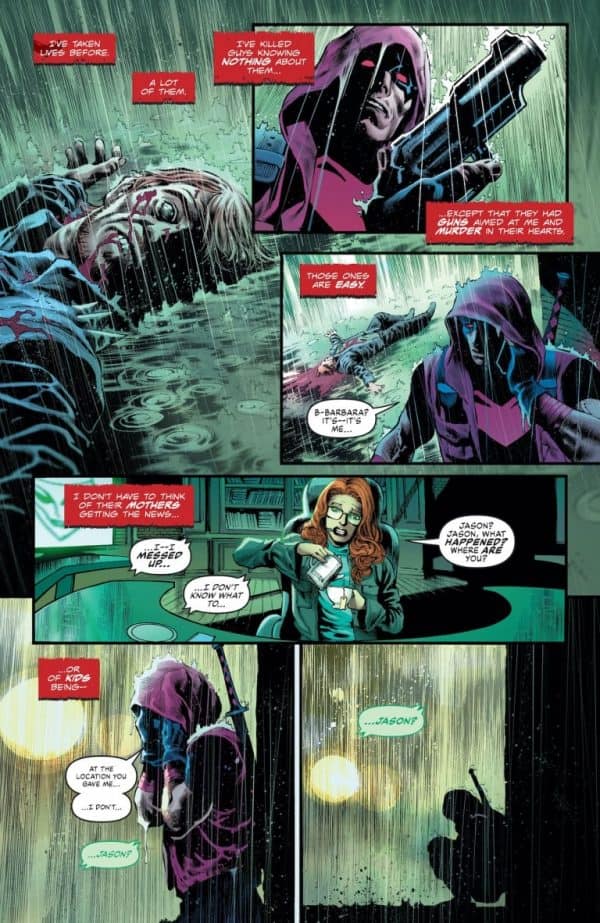 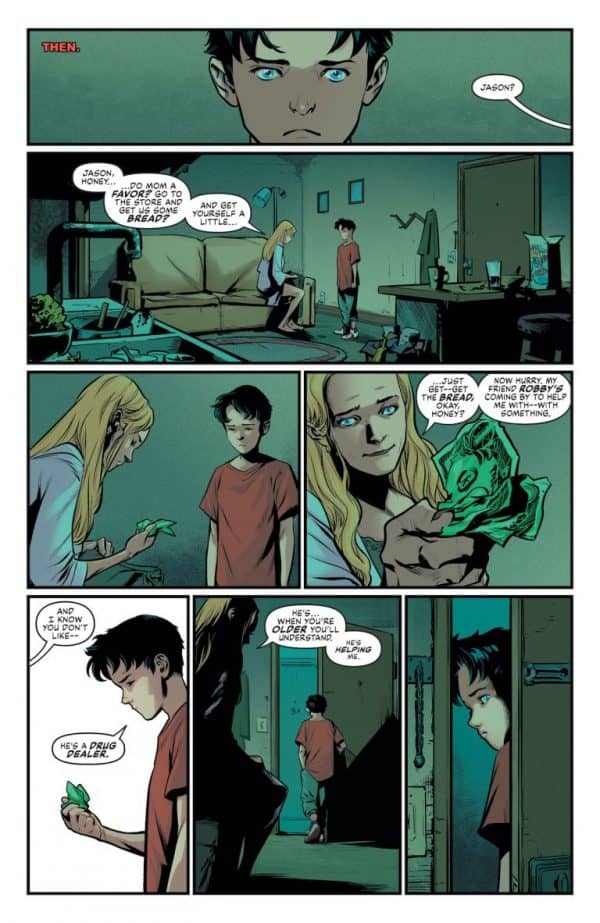 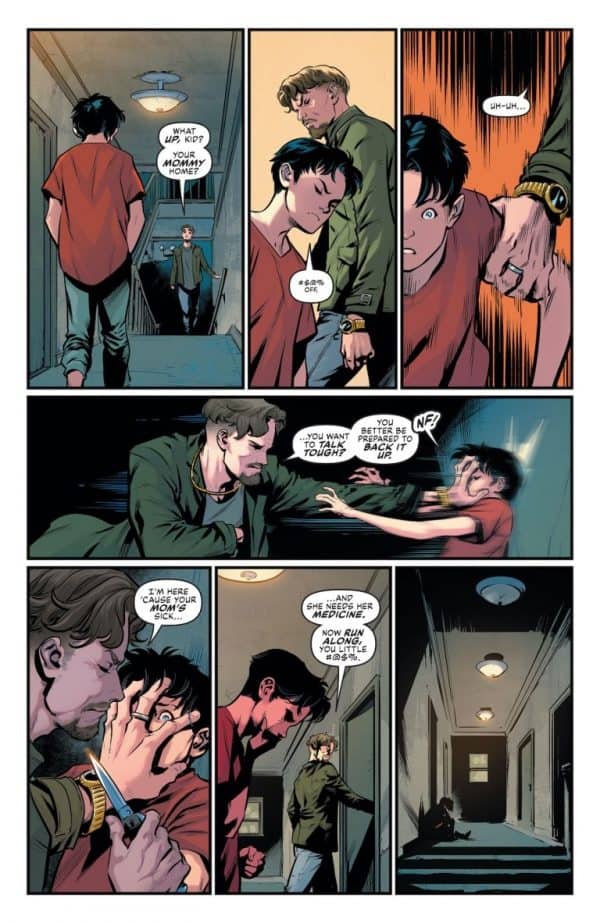 The new Batman anthology series continues! In part two of Chip Zdarsky and Eddy Barrows’s epic Batman/Red Hood story, Jason Todd has taken a man’s life, and now his mission is to keep the dead man’s young son safe. But Batman plans to take down Jason before he can make another mistake.

Then, in chapter two of Matthew Rosenberg and Ryan Benjamin’s senses-shattering tale, Cole Cash earns his pay as personal bodyguard to billionaire Lucius Fox, but what led him to Gotham in the first place? How does the mysterious HALO Corporation play into it all? And which Bat-Family character does he have an unfortunate meeting with in this chapter?