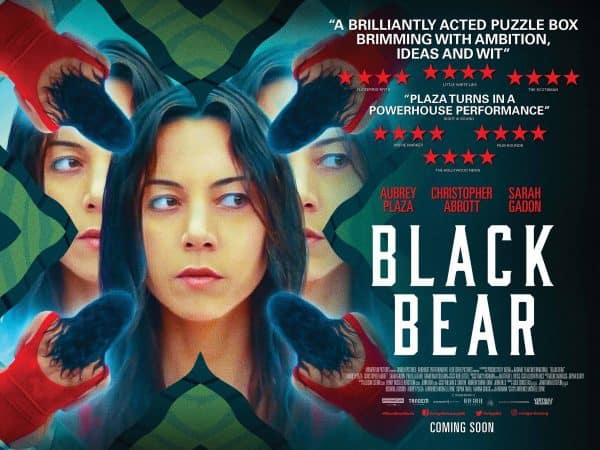 A filmmaker visits a couple at their secluded lakeside cottage in the hope of finding inspiration for her new screenplay. 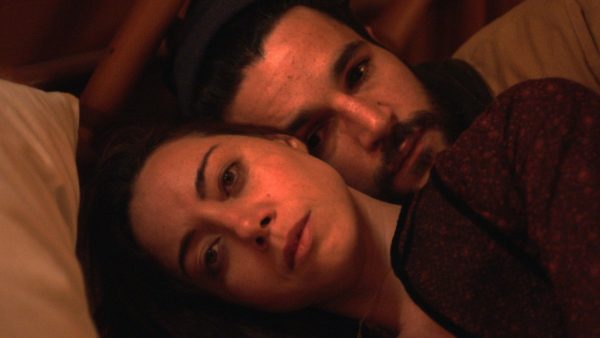 Films about filmmakers can often feel rather tired. It feels like the ultimate symptom of a creative person who’s out of ideas when they turn their lens on themselves. If someone makes a movie about writer’s block, they’re probably just writing what they know in the most extreme sense. That’s not true of Black Bear. It might be a film about an artist in creative flux, but it transforms that flux into something slippery, beguiling and utterly enthralling – with a killer performance at its heart.

That performance comes from Aubrey Plaza as Allison, whom we meet as she arrives at a lakeside retreat owned by couple Gabe (Christopher Abbott) and Blair (Sarah Gadon). She’s staying there in the hope of sparking inspiration for a new movie, but there’s immediately a flirty spark between her and Gabe – even though his pregnant girlfriend is in the room. An evening of building tension and uncomfortable needling culminates in shocking fashion, only for the movie to cut to black and emerge, transmogrified, as something entirely different.

Black Bear is a movie with secrets, and they won’t be revealed here. Writer-director Lawrence Michael Levine sticks his fingernails deep into the heart of creativity and the tension created by “writing what you know” when “what you know” is traumatic, complex and unpalatable to those within the industry. Plaza’s character is a woman with experiences common to many within the creative world and this film is unafraid to criticise and dismantle the idea of the “great man” filmmaker and the “difficult” female star. 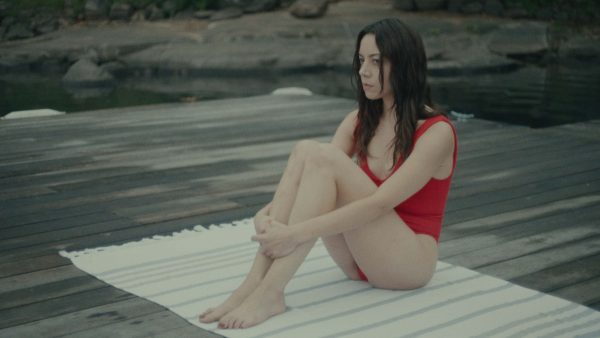 Plaza rises to the occasion with a performance as thorny and inscrutable as the plotting. She has become known for her mastery of deadpan comedy with a hefty dose of disaffected snark, but this is a performance that weaponises and deconstructs that persona with glee and bravery. It’s a movie about experimentation and iteration in the search of truth, driven by a protagonist who may be a fictional creation, an expression of unfettered reality or, more likely, an exact halfway point between those goalposts.

Black Bear‘s strangeness is its most fascinating aspect, existing in a world in which all of the characters appear to be pieces on the move around a creative chessboard. It’s an examination of the artistic process which is set right in the heart of it, showcasing clearly the malleability of vision. In a world in which social media often discusses “creative vision” as if it’s an unshakeable monolith – say hello, Snyder fans – this is a refreshing take on just how much feeling out has to happen for great art to emerge.

There’s a joy to being at the heart of that process. It’s an unbalancing viewing experience, which asks you to spend a huge portion of the film scratching your head and subsequently buy into an enigmatic final image. That Levine’s movie sticks the landing is incredibly impressive. But for a few sprinkles of incongruous magical realism involving a slightly too literal manifestation of the title, this is a delightful puzzle box of a movie which manages to feel satisfying without drowning its mystery in a soup of exposition. 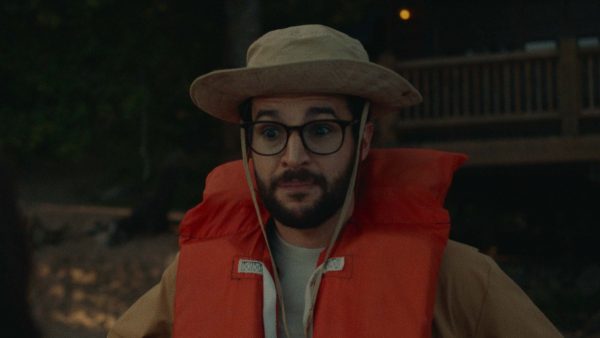 While a tonne of that credit should go to Levine, it’s Plaza who holds the disparate pieces of this story together. It’s a striking riposte to anyone who would criticise her for playing similar roles over and over, combining the comic timing that has made her name with silliness, sensitivity and an occasional Machiavellian streak which appears to spring from an emotional defence mechanism on the character’s behalf. It’s a performance of shades and layers existing at the heart of a movie which boasts the same, compelling complexity.