Ahead of its digital release this month, GROFilm Production has shared a trailer, poster and images for director Martin Grof’s mystery thriller Sensation which follows Andrew (Eugene Simon – Game of Thrones), a man who provides a top-secret agency with his DNA to uncover his ancestry and answer his questions concerning hidden truths in his family history; take a look here… 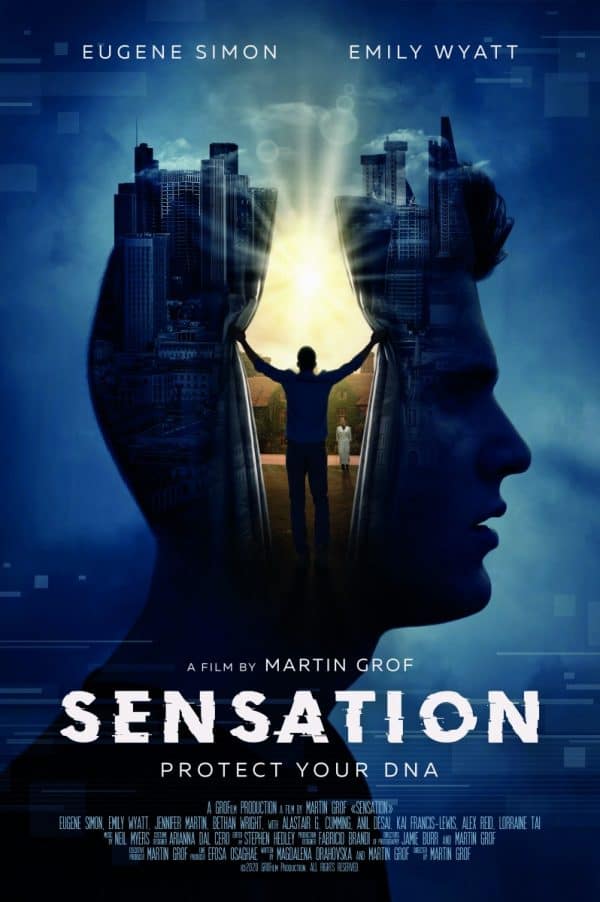 The film follows Andrew (Eugene Simon), who, while on a quest to uncover hidden truths about his family history, provides a top-secret agency with his DNA in order to uncover his ancestry.

Andrew soon discovers that his DNA is far from ordinary. He has superhuman powers that he traces back to his grandparents and their involvement in a top-secret government program. On entering the program he finds he’s not alone, joining him are other individuals with superhuman skills. Andrew learns that soon he’ll be able to receive information based on his senses and control the senses of others. As the secret training unfolds, Andrew spirals into turmoil as he loses control of his agency and begins to question his reality.

Sensation is available on Amazon Video from April 16th.