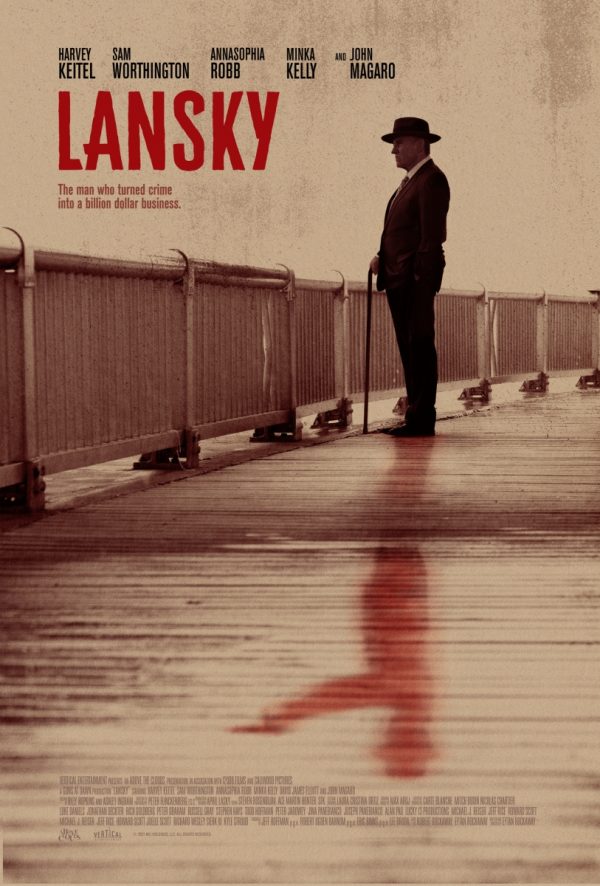 When the aging Meyer Lansky is investigated one last time by the Feds who suspect he has stashed away millions of dollars over half a century, the retired gangster spins a dizzying tale, revealing the untold truth about his life as the notorious boss of Murder Inc. and the National Crime Syndicate. 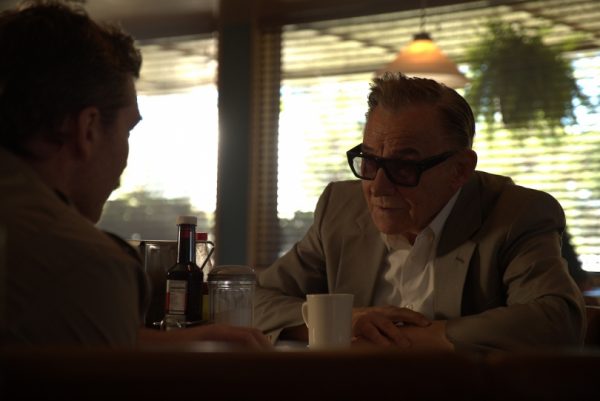 There is one accurate statement about the listed synopsis for Lansky; dizzying. This is one of those unfortunate cases where, although there is a degree of ambition and a likable ensemble, the budget cannot support the journey through multiple decades and mobster pandemonium. The life of a particular gangster can be afforded to be chronicled when three and a half hours or even two and a half hours are being allotted. Writer and director Eytan Rockaway (this marks his sophomore narrative feature, conceiving the story alongside Robert Rockaway) is attempting this feat for notorious organized crime leader Meyer Lansky in just under two hours while also telling another pair of stories.

The first involves journalist David Stone (Sam Worthington) frequently interviewing an aged Meyer Lansky (Harvey Keitel, a reliable veteran presence nonetheless doing his best to make the trip down memory lane compelling while connecting similarities between the career criminal and David), who also has a crumbling relationship on the side and is currently facing difficulties providing for his family financially. For painfully clichéd reasons, he also strikes up an affair with the interested Maureen (played by Minka Kelly). Outside of all that, FBI agent Frank Rivers (David James Elliott) is convinced that Meyer Lansky has secretively tucked away $300,000,000 somewhere and is launching one more investigation that practically boils down to spying on David, who is not allowed to publish any of his findings until Lansky’s death. 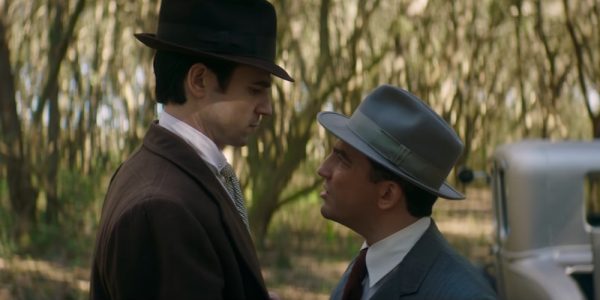 And so Lansky begins a series of stories going far back into his teenage years, often realized through flashback sequences. As Meyer Lansky ages into an adult, he is played by John Magaro. With every leap through time and sequence mostly devoid of context (historical or dramatic), it’s hard not to feel bad for the otherwise talented performer performing every paragraph on the Wikipedia page. That’s also not a joke, as one of the first things on the page speaks of his first encounter with longtime friend, the hotheaded Ben Siegel (David Cade). Lansky was about mathematics and probability, whereas Ben was the physically imposing muscle.

From there, the flashbacks go into Lansky meeting his eventual wife (to give you an idea of how fast this movie flies, they are married with children inside the next flashback, where it’s also revealed Lansky’s child was born with cerebral palsy, which naturally frustrated him and he saw as a sign of vulnerability and weakness), getting involved with gangster Lucky Luciano, storming Nazi rallies (Lansky was Polish-Jewish), starting the National Crime Syndicate, and finally, building an empire through gambling casinos operating in Cuba.

Simply put, it’s all too much for one movie, and none of it ever comes across as engaging. Even the downfall of Lansky’s relationship (which involves acts of rage and aggression) somehow feels lifeless, as if the only thing anyone cares about is getting from one place in history to the next without the slightest understanding of what purpose any of it serves to the story or how to make these characters feel like real-life counterparts, or at the very least, interesting characters. The point is that (historical spoiler alert) the money doesn’t exist and was greatly exaggerated, and that Lansky and David are both failures to their families. Admittedly, the interview side of the narrative is occasionally fascinating, if only to see Lansky’s hindsight perspective, regrets, and a myth debunked.

There’s just no way all three of these plot threads can coexist at once inside a two-hour movie. Still, I hesitate to call Lansky a mess, as there are moments where it’s well shot, competently acted, and evokes gangster cinema fun. It also happens to be a pointless film only concerned with hitting every significant moment in Lansky’s life without any real momentum or stirring context.