In the story that everyone has a take on, we now have Man of Steel star Harry Lennix offering his recent feelings about Will Smith’s Oscar controversy. Yes, Lennix was so moved by the situation that he turned to Variety and penned a piece regarding Will Smith and what he should do to atone for the incident.

If you aren’t familiar or need a reminder, Chris Rock presented at the Academy Awards and turned his attention to Smith’s wife, Jada Pinkett Smith. He went on to call her “G.I. Jane,” which served as a reference to her recent haircut, before Smith walked up to Rock and slapped him in the face, live on TV. Smith would win the award the Best Actor award for King Richard later in the evening.

This week, the Academy announced that it has banned Will Smith from attending the Oscars for a decade, but some don’t feel like that punishment is enough. This has led to an uproar in pop culture, with some questioning Smith’s mental health, some defending Chris Rock, and others somehow blaming Jada Pinkett Smith for all this. Actor Harry Lennix, known for his work in Zack Snyder’s DCEU movies and the TV series The Blacklist, threw his two cents into the conversation and penned a lengthy piece for Variety. In the opinion piece, Lennix suggested that the ban placed on Will Smith is just a “time-out” and called for Smith to return his Oscar with an apology.

At this point, the only person who can redeem the integrity of the Oscars is Smith himself. He needs to come to grips with the gravity of the offense he committed: slapping Rock live on March 27 in front of millions on the Academy Awards stage. Smith needs to express-mail his golden trophy back to the Academy and publicly state something to the effect of: “Out of respect for the 94 years of honor conferred upon this award, I do not in good conscience feel worthy of being its custodian.” Smith’s brutality stripped the entire evening of its prestige. That was proven when stunned Oscar attendees gave a standing ovation to someone who’d just committed an assault in front of their eyes…The stain on the Motion Picture Academy cannot be easily remediated. The only hope for a justifiable grace must involve Smith voluntarily returning his award for best actor.

Lennix would also take issues with Smith’s speech during his Best Actor win, just another blunt moment from the actor during his Variety piece which you can read in full here. Everyone seemingly needs to dive into this situation more, with the incident the only thing on Hollywood’s lips since the ceremony. Smith will serve a ten-year ban from the Oscars, while several of the actor’s projects have been paused, including Bad Boys 4. The question remains if any other award shows will follow suit in banning Smith… maybe another actor has an opinion piece about that in the works. 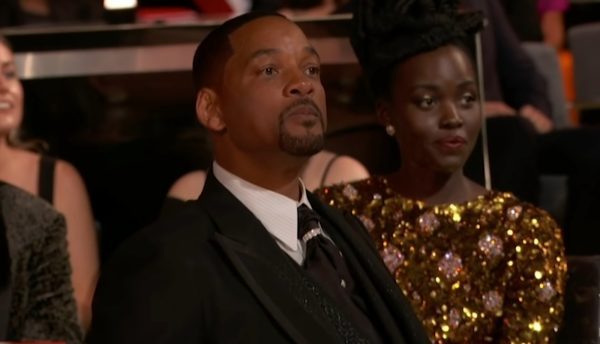