Cyanide and Leikir Studio’s turn-based roguelike game, Rogue Lords, is now available to buy on Xbox One, PlayStation 4 and Nintendo Switch.  After a successful launch on PC last September, console gamers can now venture into 18th century New England during the time of the Salem Witch Trials as the Devil in turn-based combat.  A new trailer can be seen below celebrating the game’s launch. 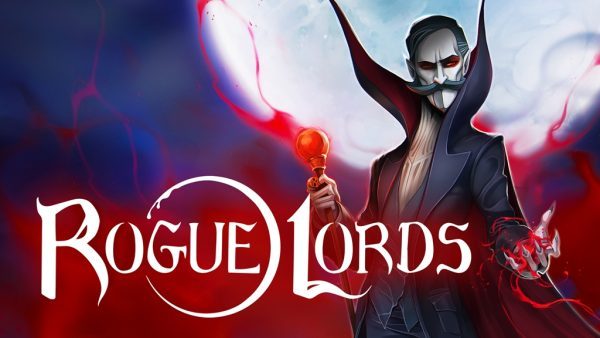 New England in the 18th century was a time when people were accused of witchcraft and cavorting with the Devil, many of those accused died in some horrible way but in Rogue Lords it’s time for the Devil to literally walk among the population.

Taking the role of the most villainous of villains, the Devil himself, players will roam 18th century New England and the Salem Witch Trials seeking revenge on the Demon Hunters who defeated his plans ten years earlier.  Accompanied by a team of 3 devilish disciples chosen from 9 infamous geniuses, the Devil will have to make cunning use of each of their specific abilities and combine their powers to cause chaos and devastation.

The Devil can play by his own rules by modifying the health gauges of his disciples and opponents, he’s also able to swap bonuses and penalties to gain a tactical advantage in the midst of combat.  He also has the ability to open portals on the map allowing him to reach previously inaccessible locations to help defeat the forces of good.