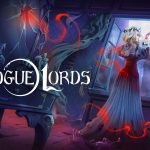 Nacon (formerly BigBen) and developers Cyanide and Leikir Studio have announced they are working on a brand-new rogue-like game called Rogue Lords.  Scheduled to be released this autumn on Xbox One, Playstation 4, Nintendo Switch and PC, Rogue Lords tells a gloomy tale of the Devil in 17th century New England. Along the dimly lit streets of 17th […]

It has been announced that Wondershot from Leikir Studio, the game that last year won the ‘Game To Play’ award at Indie Games Play 2015, will be arriving on the PS4, Xbox One and PC via Steam on the 19th February.  In Wondershot you’ll be able to brandish four different weapons at once, each with […]