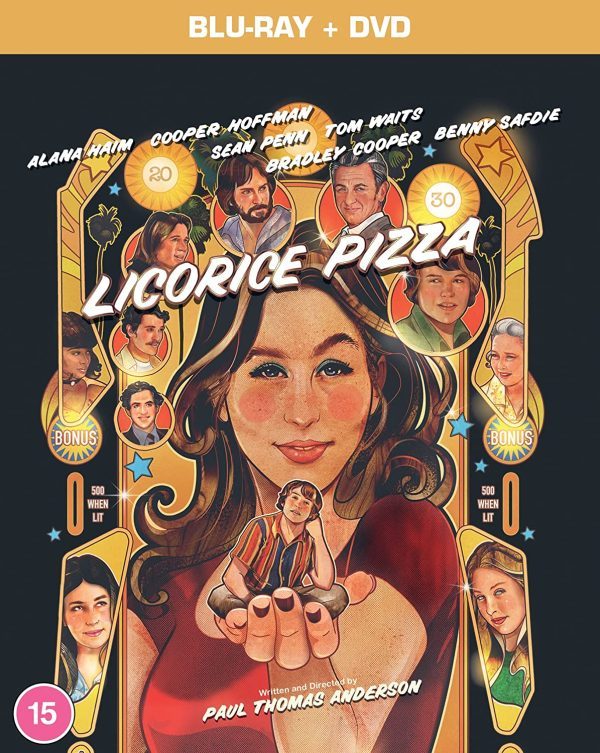 Licorice Pizza arrives on home video in a Blu-ray + DVD + digital code edition that’s light on bonus feature, although it does include a small poster, if you’re into that sort of thing. 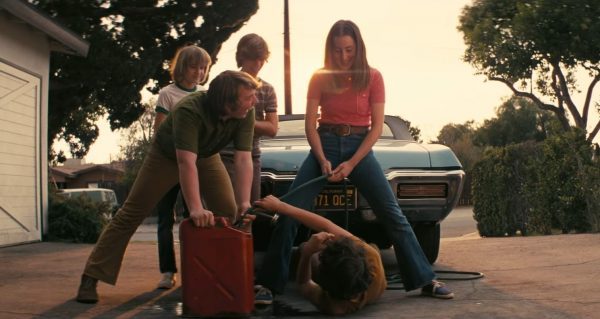 There are two things I should address before talking about Paul Thomas Anderson’s latest film, Licorice Pizza: Yes, its portrayals of an adult falling in love with a minor and a white guy speaking in a hideously stereotypical Japanese accent are both icky, but I found them appropriate for a film set in 1973.

I’ll expand on the second one first since it’s quicker: many people were not very enlightened about minorities during that time (I know, some of them aren’t much better now), so the film’s portrayal of businessman Jerry Frick speaking that way to two different Japanese wives  is meant to be something that we shake our heads at, not laugh with. Anyone who finds humor in his actions, not his cluelessness, should reexamine their attitudes.

On the first point: that relationship is the spine of the story, and it’s not a situation where an adult pursues a minor. The adult in question is Alana Kane (played by Alana Haim), a photographer’s assistant who finds herself at the high school of fifteen-year-old Gary Valentine (Cooper Hoffman) and is approached by him on campus. She rebuffs his attempt to ask her out but finds him amusing, so she begins a friendship with the child actor. 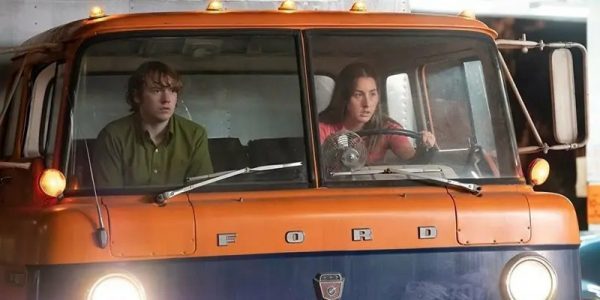 Through the course of the film, the pair of them embark on multiple adventures across the San Fernando Valley, including opening a waterbed store. Gary also helps Alana try to launch an acting career after she serves as a chaperone for him during a trip to New York City to appear on a TV show with Lucy Doolittle (Christine Ebersole, clearly channeling Lucille Ball).

None of those ventures really go anywhere, and eventually they drift apart as Alana takes on a role with the mayoral campaign of Joel Wachs (Benny Safdie) and Gary opens a pinball parlor. The final third of the film involves both of them trying to figure out what they want in life, complete with a climax that’s out of a typical rom-com. While the entire story is played straight, there’s clearly meant to be an element of parody in the way it touches on touchstones of the early 1970s, including an overbearing film producer, a nutty actor and his drunk director buddy, and the impact of the gas crisis.

While the story meanders a bit and some of the plot points are abandoned along the way, Licorice Pizza is a compelling film on the strength of its cast. Haim, who was a musician until now, and Hoffman, the child of Philip Seymour Hoffman, are making their film debuts here, and they exceed expectations in their roles. Both of them bring earnest outlooks to their parts, with their carefree attitudes often at odds with the valley’s more seedy elements. Both of them find themselves exploited in one way or another by people in positions of power, and that mutually shared experience leads them to find comfort in each other. 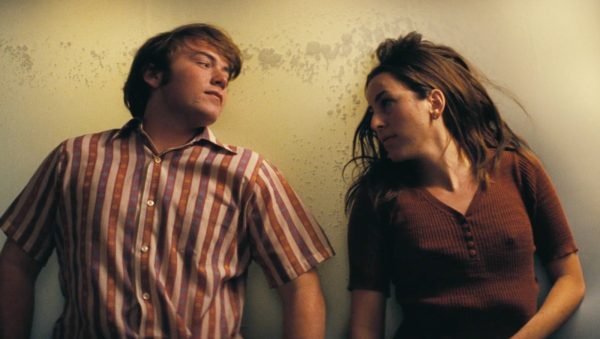 This home video release of the film features Blu-ray and DVD platters, along with a code for a digital copy. The bonus features are pretty paltry, with the main event consisting of 10.5 minutes of behind-the-scenes footage and photos. It’s interesting stuff, but there are no interviews or narration to stitch it all together.

The other extras include: a little over four minutes of camera tests, which feature a lot of moments cut from the film; a two-minute deleted scene; and the full version of a commercial filmed by Gary Valentine. As with the short featurette, there are no introductions or optional commentaries that shed additional light on the footage. A small poster was also thrown into the package.

I wouldn’t be surprised if a feature-packed edition from Criterion is in the offing, so you might want to consider that if you want to buy this film.