Anghus Houvouras on Netflix vanity projects and The Irishman… Modern journalism is about rapid-fire reactions. That is the highest priority. Quickly getting a ‘hot take’ out for the world to see before anyone else does in the hopes of getting likes, upvotes and views. Getting things right is a distant second.

Which is why I found amusement in so many conversations surrounding Netflix’s announcement that they will ‘stop greenlighting expensive vanity projects like The Irishman‘. Immediately, fans of legendary filmmaker Martin Scorsese flocked to their keyboards and iPhones to post their take on this bit of film business.

Imagine hiring Scorsese and then calling his film a “vanity project” when you just spent $30 million an episode on Stranger Things https://t.co/aUGGrGDIGs pic.twitter.com/BaaFlS5yZT

What became painfully evident is this; People don’t know what ‘vanity project’ means or the criteria that constitutes the phrase being used. The best definition comes from TV Tropes who defines it as the following:

“Vanity Projects (or Vanity Productions) are those creative works that are ostensibly showcases for someone’s talents as an actor, director, writer, singer, and/or composer but fail miserably to achieve their goal”

Film twitter went berserk at the assertion that any creative endeavour helmed my Martin Scorsese could be considered a ‘vanity project’. But when you look at the common traits associated with vanity projects, The Irishman ticks a lot of the boxes. 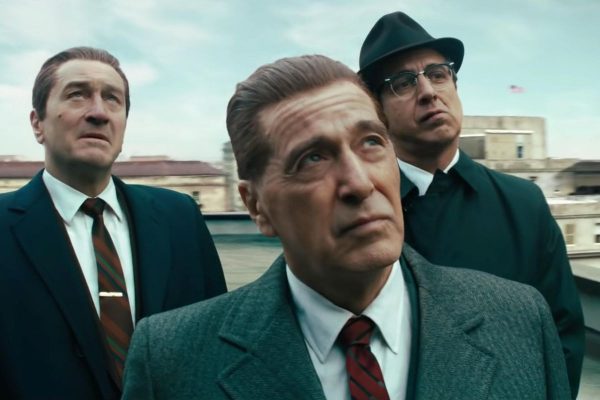 In the case of major motion pictures, vanity projects are films that indulge the creative force behind the movie. Movies are most often a product of collaboration and occasional friction. Where the director labors under pressure from studio executives and producers to make sure they’re delivering what is expected. Vanity projects are more often at the control of a single individual. It could be the huge star appearing in the film justifying the expenditures. Like Madonna in Swept Away or Mariah Carey in 2001’s Glitter. Or a director coming off a big hit who is given carte blanche to make whatever he wants like Michael Cimino’s epic box office failure Heaven’s Gate.

In The Irishman’s case, that singular creative force was Martin Scorsese, who was given a blank check by Netflix to deliver the exact movie that he wanted. Any system of checks and balances that exists on most film productions were not present. The Irishman was Scorsese’s uncompromised vision. And I think its fair to call the film ‘indulgent’. I mean, they spent millions de-aging Robert De Niro, Al Pacino and Joe Pesci instead of casting different actors for the roles. That creative conceit alone is enough to label The Irishman ‘indulgent’.

Most of the time the word ‘vanity project’ is thrown around, it’s because a large budget is required and put up a studio or independent financiers who expect a return on their investment. Vanity projects rarely turn a profit. Netflix spent $159 million dollars on The Irishman, making it one of the most expensive dramas ever made. There are those who claim the actual number was as high as $280 million That’s a loot of moolah for a gangster movie. Even adjusted for inflation, very few of his modern era dramas came close to the $100 million dollar budget mark. The Irishman was a huge investment from Netflix. 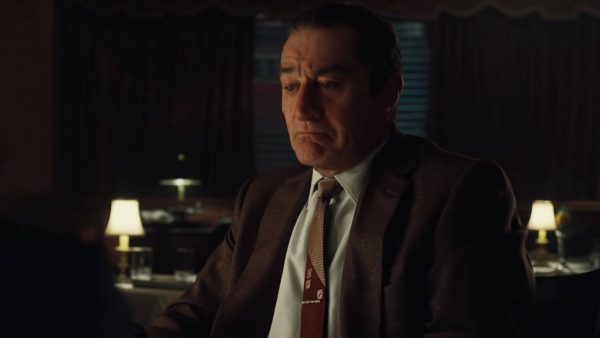 3. They don’t achieve their goals

For a lot of people, this is the line of demarcation. What constitutes a movie ‘not achieving their goals’. Creatively speaking, that part is completely objective. However, for the studio financing this endeavor, there are very clear goals. For The Irishman, those goals were ‘attract new viewers’ and ‘win major awards’. Profitability and/or prestige. Netflix was attempting to lure the most talented people and create movies & shows that kept their subscriber count going up and that brought them the prestige of the major movie studios.

According to an article from the Chicago Tribune in 2020, The Irishman, an entertainment Blogger known as ‘Entertainment Strategy Guy’ did the math and figured that Scorsese’s three-hour epic brought around $40 million dollars to the streaming giant and puts the losses in the hundreds of millions of dollars.

Even if you discount the nebulous math of streaming services and assume Netflix was content for the Irishman to be a loss leader meant to bring prestige to the service, the lack of any major award wins means it didn’t accomplish either of its goals. A majority of ‘vanity projects’ have a long development history, usually because studios are hesitant to finance a project they believe won’t achieve the goals of profitability or prestige. Scorsese spent over a decade trying to get someone to make The Irishman, but the usual suspects felt like it wasn’t a safe bet.

Five years ago, Netflix wasn’t interested in safe bets. They were interested in improving their image and becoming the home to the world’s most renowned talent under the working assumption it would drive subscriptions rates higher than Seth Rogen at Burning Man. Without Netflix’s blank check, The Irishman would have never been made. They were willing to indulge the great Martin Scorsese and let him do whatever he wanted. The end result was a movie that proved the studios that passed on the project were prescient.

When a ‘vanity project’ is financed, its a bet made by the studio or financiers. Not every bet is going to be a winner. 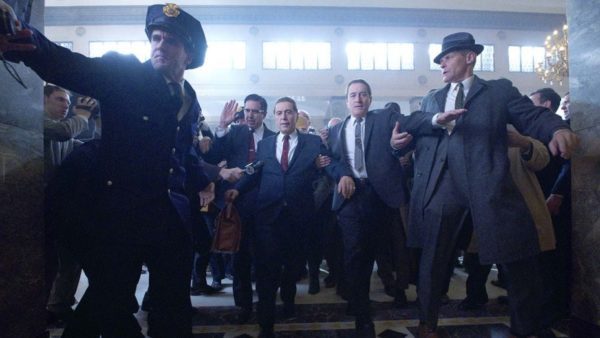 Putting it all in perspective

Let me say this; none of this matters for people who love The Irishman and those who adore Martin Scorsese. A club of which I consider myself a member. How much money a movie makes or the number of awards a film wins is irrelevant to your enjoyment. Art is not a competition and movies aren’t sports.

The phrase ‘vanity project’ exists in the periphery of the entertainment industry. Bandied about by agents, executives, journalists and other non-creative elements of the cinema world. It may feel like a sleight to film fans, but all it really implies is indulgence and the impact of that indulgence on the trajectory (or lack thereof) of a film.

By those definitions, The Irishman would absolutely fall under the category of a ‘vanity project’.