Pre-production on The Russo Brothers’ next movie has been made slightly easier with the news that they’re staying put at Netflix for The Electric State, and that they’ve enlisted the streaming service’s poster girl Millie Bobby Brown to star. 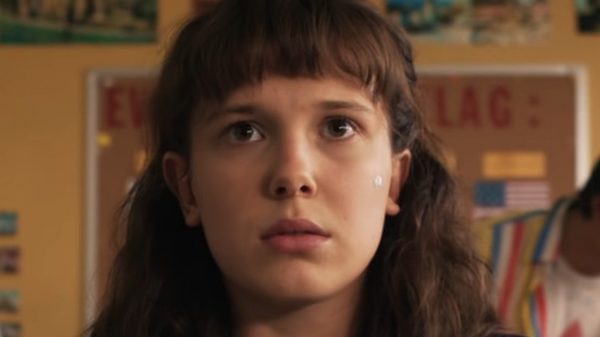 The Avengers: Endgame directors must have had such an enjoyable time making their upcoming action thriller The Gray Man for Netflix that they’ve decided to stick around for their graphic novel adaptation, which jumps ship from Universal Pictures.

Deadline report that as well as confirming The Electric State would be Joe and Anthony’s next directing gig, sources told them that Chris Pratt was currently in talks to co-star alongside Stranger Things and Enola Holmes Netflix regular Brown, and that the budget for the film would rival The Gray Man‘s $200 million.

Originally a project intended for The Flash director Andy Muschietti, Simon Stalenhag’s illustrated novel has been adapted by the Russos’ regular collaborators Christopher Markus and Stephen McFeely, and tells the story of an orphaned teenage girl (Brown) who realizes that a strange but sweet robot who comes to her has actually been sent by her missing brother, so embarks on a journey to find him in an imaginative world of humans mixing with all manner of robots, and uncovers a grand conspiracy in the process.

The Electric State is due to begin filming later this year.