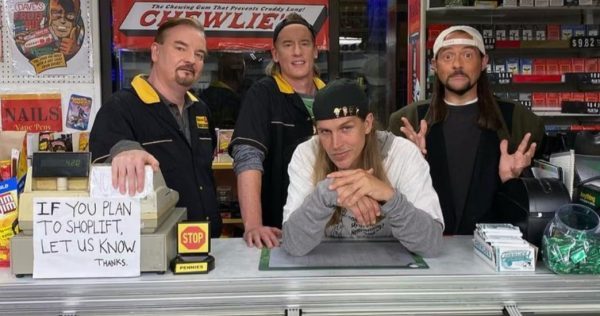 After returning to the View Askewniverse with Jay and Silent Bob Reboot, Kevin Smith is now bringing things full circle this year as we revisit the Quick Stop in Leonardo, New Jersey for Clerks III.

ONE WEEK FROM TODAY!
The CLERKS III trailer drops Next Wednesday! Get your first look at the return of Dante, Randal, Elias, Becky, Jay and Bob, and score your tickets for the first 19 cities we’ll be touring in September (with the second wave of dates announced at @Comic_Con)! pic.twitter.com/bh264cwjzN

Taking to social media, Smith has revealed that the trailer for Clerks III will release next week on Wednesday, July 6th, and while we wait, we’ve also got a couple of teaser posters which you can see here… Clerks III is set for release later this year.