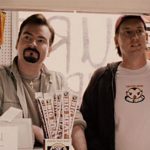 Just a few weeks after it was announced that Kevin Smith is set to return to the Quick Stop for Clerks III, the filmmaker has now reportedly revealed that former My Chemical Romance frontman Gerard Way is set to compose the score for Dante and Randal’s next big screen outing. Smith is said to have […]

Kevin Smith returns to the View Askewniverse this week with the release of Jay and Silent Bob Reboot, after which – as he revealed earlier this month – he’ll be returning to the Quick Stop, reuniting Brian O’Halloran’s Dante Hicks and Jeff Anderson’s Randal Graves for Clerks III. Smith had originally planned to make Clerks […] 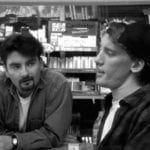 It seems that the upcoming Jay and Silent Bob Reboot won’t be Kevin Smith’s final foray into the View Askewvniverse, as the filmmaker has revealed that we’ll be taking another trip to the Quick Stop to catch up with Dante Hicks and Randal Graves for Clerks III. Posting on Instagram, Smith revealed that he and […] 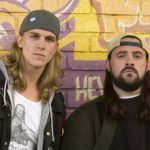 After plans for Clerks III and a Mallrats sequel/TV series fell through, Kevin Smith announced last year that he’d be revisiting the View Askewniverse with Jay and Silent Bob Reboot, a follow-up to 2001’s Jay and Silent Bob Strike Back. Production was originally slated to get underway this August, only for the month to come […]

Kevin Smith has taken to Facebook to announce that production on Clerks III is set for this Spring, with cameras set to roll on the sequel to the 1994 cult classic and its 2006 follow-up in May. Smith also went on to outline his schedule for the next year, as well as hinting at a […]

Since Kevin Smith started with his True North Trilogy of Tusk, Yoga Hosers and Moose Jaws, it appeared that he’d put his two-part hockey movie / miniseries Hit Somebody on the backburner. However, the indie filmmaker has now revealed that he’s secured financing for the long-gestating project and intends on shooting that, Moose Jaws and […]