Barring a #RestoreTheSnyderverse-level fan campaign, it seems very unlikely that we’ll get to see Batgirl, which was of course unceremoniously shelved by Warner Bros. Discovery earlier this month as part of the new management’s plans to overhaul its DC Films division.

That’s bad news for anyone who was looking forward to seeing In the Heights star Leslie Grace’s take on the costumed crimefighter Barbara Gordon (and for fans of Michael Keaton’s Batman, particularly if WB also decides to go nuclear with The Flash), but it seems there still may be a future for Grace’s Babs in this revamped, retooled DC Extended Universe.

As reported by Variety, new Warner Bros. Pictures Group heads Michael de Luca and Pam Abdy are “seeking to mend fences” with the actress, who released a very gracious statement in the wake of Batgirl’s shock cancellation, and as such they are “entertaining the possibility of having her continue to play Batgirl in a future DC film”.

SEE ALSO: Is Warner Bros.’ Batgirl cancellation the best thing to happen to the DCEU? With all of the uncertainty surrounding future DC projects it’s hard to predict where Grace’s Batgirl could fit into any future plans. However, Warner Bros. is still reportedly pushing ahead with its plans for a Jurnee Smollett-led Black Canary film and so that could provide an opportunity – assuming it actually does survive the DC development cull.

While we wait for word on Leslie Grace’s potential DC future, we do also have one other Batgirl titbit, with stand-in performer Jules Wallace revealing on Twitter that he doubled for the character of Killer Moth – although the villain is sporting a very different look than when he first went up against Batgirl in her DC Comics debut in ‘The Million Dollar Debut of Batgirl!’ in 1967′ Detective Comics #359. See for yourself here… 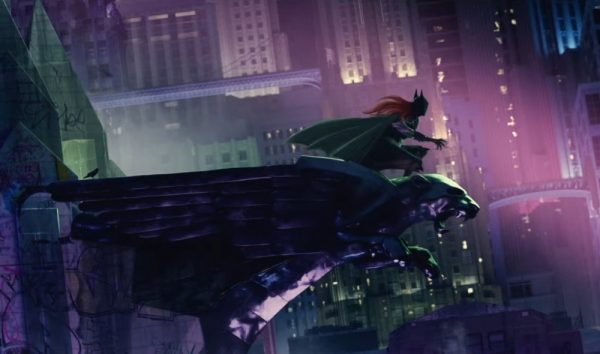