Barring a #RestoreTheSnyderverse-level fan campaign, it seems very unlikely that we’ll get to see Batgirl, which was of course unceremoniously shelved by Warner Bros. Discovery earlier this month as part of the new management’s plans to overhaul its DC Films division. That’s bad news for anyone who was looking forward to seeing In the Heights […] 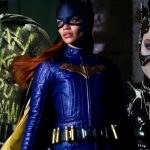 The more we hear about the now-cancelled Batgirl film, the more upsetting and confusing the whole situation becomes. For those who don’t know, Warner Bros. Discovery and, more specifically, new CEO David Zaslav shelved the upcoming Batgirl film, directed by Adil El Arbi and Bilall Fallah, with Leslie Grace as the titular character. Reports have […] 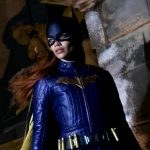 In one of the biggest stories to shake Hollywood since Warner Bros. decided to dump its entire 2021 movie slate onto HBO Max, newly-formed Warner Bros. Discovery made the decision to swing the axe on two movies this week, with the studio shelving both DC Films’ Batgirl and animated sequel Scoob!: Holiday Haunt, despite investing […] 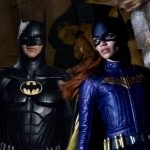 In a shocking move, Warner Bros. Discovery will not move ahead with Batgirl, shelving the unfinished film and basically tossing aside $90 million. The New York Post reports that the DC Films production will not see any form of release; it was originally set for HBO Max but many hoped for a theatrical run as […]

Warner Bros. and DC Films’ upcoming Batgirl movie is currently set to debut on HBO Max, but a report has emerged that suggests there are ongoing discussions at the studio as to whether they should release the Leslie Grace-headlined superhero film in theaters. Stories have already surfaced regarding early talks about a sequel, so the […]

Having wrapped filming at the start of the month, Batgirl star Leslie Grace has now been chatting to Variety about Warner Bros. and DC Film’s upcoming HBO Max movie – and in particular her excitement about getting to suit up as Barbara Gordon’s crime-fighting alter-ego alongside Michael Keaton’s Batman. “It was wild for everyone,” said […]

A new live-action Batgirl is heading to the DC Extended Universe courtesy of Warner Bros. and DC Films, and actress Leslie Grace (In the Heights) – who is set to take on the iconic role of Barbara Gordon – has taken to social media to announce that filming has wrapped on the HBO Max Original […] 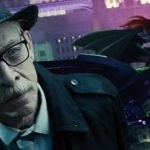 After missing out on The Batman following Ben Affleck’s departure, J.K. Simmons would certainly have been forgiven for assuming his time as Gotham City Police Commissioner James Gordon had been restricted to a single outing back in 2017’s Justice League. However, Simmons has found himself donning the ‘tache once more as he reprised the role […]

Warner Bros. and DC Films’ Batgirl has been shooting in Glasgow this week, with much of the time devoted to an action sequence which sees Leslie Grace’s titular hero coming to the rescue following an explosive arson attack by the film’s villain Firefly, played by Brendan Fraser of The Mummy and Doom Patrol fame. Check […]

Last week, Warner Bros. and DC Films officially unveiled the first look at In the Heights actress Leslie Grace in full costume as Batgirl from the upcoming HBO Max movie, and with filming continuing on the streets of Glasgow, Scotland, we’ve now got a few set photos and video showing Barbara Gordon out on patrol […]