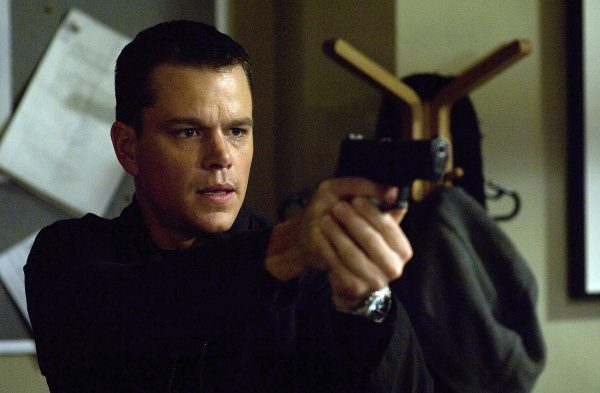 In celebration of the 20th anniversary of the Bourne franchise, Universal Pictures Home Entertainment has announced the 4K Ultra HD limited edition gift set which includes all five films in the action thriller series – The Bourne Identity, The Bourne Supremacy, The Bourne Ultimatum, The Bourne Legacy, and Jason Bourne; check out the box set and bonus feature details below… All five Bourne films are available together in The Bourne Ultimate Collection! Matt Damon is Jason Bourne, an elite government agent determined to outwit and outmaneuver anyone who stands in the way of his mission to discover the secrets of his mysterious past. As part the next generation of genetically-engineered agents, Jeremy Renner as Aaron Cross attempts to finish what Bourne started. Follow their explosive, action-packed adventures with the blockbuster films from one of the most popular series of all time: The Bourne Identity, The Bourne Supremacy, The Bourne Ultimatum, The Bourne Legacy and Jason Bourne. Loaded with hours of bonus features, The Bourne Ultimate Collection is the ultimate espionage experience for Bourne fans everywhere!

The story of a man (Matt Damon), salvaged, near death, from the ocean by an Italian fishing boat. When he recuperates, the man suffers from total amnesia, without identity or background… except for a range of extraordinary talents in fighting, linguistic skills and self-defense that speak of a dangerous past. He sets out on a desperate search-assisted by the initially rebellious Marie (Franka Potente) – to discover who he really is, and why he’s being lethally pursued by assassins.

Jason Bourne (Matt Damon) is living in India when he is framed by Russian agent Kirill (Karl Urban) for the theft of millions from the CIA. Kirill begins to pursue Bourne, intending to assassinate him — but while Bourne and his girlfriend, Marie (Franka Potente), are on the run, a shot meant for him kills her instead. Vowing revenge, Bourne sets out to prove his innocence and bring the culprits to justice, but he has to evade CIA head Pamela Landry (Joan Allen), who is convinced he is guilty.

A former CIA assassin continues his quest to fill in memory gaps. When a `Guardian’ reporter stumbles onto his trail, the man spies his chance to blow the Blackbriar black-ops brigade wide open. With some very powerful people intent on keeping their skeletons buried, he is in more danger than ever before, as his former paymasters send a series of elite killers after their reformed ex-colleague.

When the actions of Jason Bourne spark a fire that threatens to burn down decades of research across a number of secret intelligence agencies, Eric Byer (Edward Norton), the man who built the programs, decides he must sacrifice one of them: Outcome. Aaron Cross (Jeremy Renner), one of Outcome’s six agents, and research scientist Marta Shearing (Rachel Weisz) go on the run when Byer targets them for termination. But Cross proves to be a far deadlier target than Byer realizes.

It’s been 10 years since Jason Bourne (Matt Damon) walked away from the agency that trained him to become a deadly weapon. Hoping to draw him out of the shadows, CIA director Robert Dewey assigns hacker and counterinsurgency expert Heather Lee to find him. Lee suspects that former operative Nicky Parsons is also looking for him. As she begins tracking the duo, Bourne finds himself back in action battling a sinister network that utilizes terror and technology to maintain unchecked power.