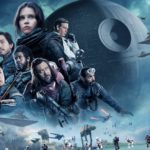 When Disney and Lucasfilm announced that Ron Howard would be replacing Chris Miller and Phil Lord as director of Solo: A Star Wars Story, fans of the blockbuster franchise felt a certain sense of deja vu. A similar – although not quite as extreme – situation happened on the previous Anthology movie, Rogue One: A […] 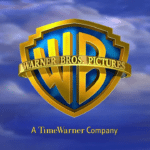 Deadline is reporting that Tony Gilroy (Michael Clayton, The Bourne Legacy) is in talks with Warner Bros. to write and potentially direct the studio’s long-gestating thriller Methuselah, which is being produced by David Heyman (Harry Potter). The project was originally set up by James Watkins and recently had Pirates of the Caribbean: Dead Men Tell […]

This past summer Lucasfilm announced that it was embarking on major reshoots for Rogue One: A Star Wars Story, sending some fans into a panic as rumours circulated that up to 40% of the movie could be reworked, and that director Gareth Edwards was being pushed aside in favour of Tony Gilroy, who was brought […]

Back in July it was reported that Rogue One: A Star Wars Story was having major reshoots done and that Tony Gilroy would be assisting Edwards on set, just as he had done with Godzilla. And then earlier this month, we caught wind that Gilroy was also supervising the edit of the movie, further hinting […]

Despite Lucasfilm and Gareth Edwards putting on a brave face at Star Wars Celebration, it seems there may be more drama behind-the-scenes of Rogue One: A Star Wars Story, with The Hollywood Reporter claiming that Tony Gilroy (The Bourne Legacy) has taken the lead on post-production on the December Anthology movie. Back in June, it was […]

Since it was revealed during the week that Rogue One: A Star Wars Story will be undergoing reshoots, there’s been a tonne of rumours and speculation surrounding December’s first Star Wars Anthology movie: Disney execs are extremely unhappy with the first cut, Christopher McQuarrie has been brought in to replace Gareth Edwards (which McQuarrie strongly […]