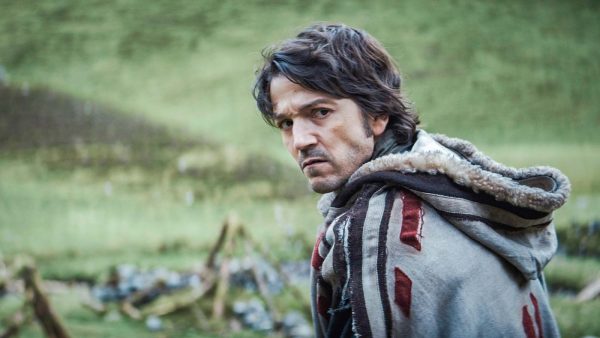 Following an impressive opening three episodes with an especially action driven third installment, Star Wars: Andor continues its strong momentum with its fourth episode, ‘Aldhani’, which sees us dive into the internal workings of the Imperial machine like never before as the first sparks of rebellion are beginning to be lit.

While less action packed in the traditional sense, this episode is no less engaging and offers plenty of encouragement and world building for the coming episodes, as Tony Gilroy continues to impress with his grittier take on the Star Wars universe.

‘Aldhani’ gives the show greater scale than its first three episodes which mostly took place on Ferrix where Cassian had been residing, here we return to Coruscant – of course a huge part in George Lucas’ prequel trilogy – and the clear visual contrast between the opulence of the Capital and Ferrix’s grey and impoverished state is a marked one. 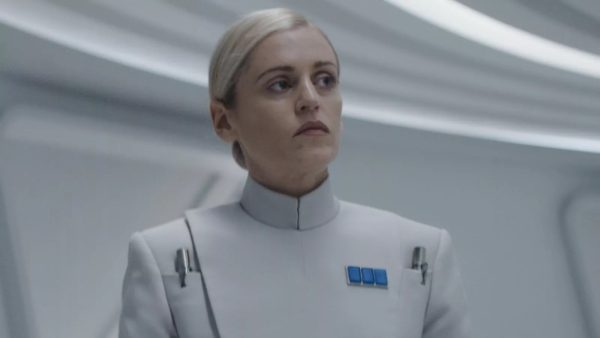 If anything the links to Episodes I – III which dealt with the politics of the Jedi and the Republic feel most appropriate here with this episode leaning heavily into disputes between various factions of Imperial officers, including Denise Gough’s newly introduced Dedra Meero.

Meero clashes with several high ranking officials, including the ever-brilliant Anton Lesser’s Major Partagaz: the head Imperial officer at the Imperial Security Bureau. Lesser fits the mould of classical British actors as Imperial villains all the way back to Peter Cushing’s Grand Moff Tarkin (as with the opening episodes there are also appearances from well known British actors including Doc Brown’s Ben Bailey Smith as an Imperial officer). 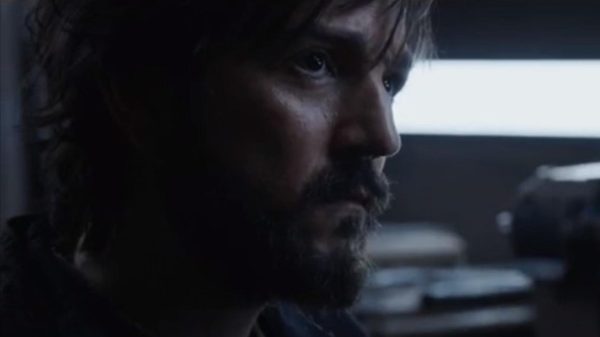 The longer length of this series is what affords it to dive more into the politics of the Star Wars universe at one of its most fractured points, where the Empire have been expanding their reach for over a decade with little sign of resistance and hope. When Dedra highlights the events of episode three and Cassian’s theft, while trying to highlight greater acts of resistance showing a fire is building, she is quickly brushed aside.

In terms of the Rebellion we get a greater glimpse at how it is at this point with a first appearance from future leader Mon Mothma here played once more by Prequel Trilogy veteran Genevieve O’Reilly, offering her an opportunity to expand on a character who has been largely peripheral to the Star Wars lore until now despite making her first appearance way back in Return of the Jedi. We find out more about her personal life and clear dislike for the Empire while showing her relationship with Stellan Skarsgård’s Luthen Rael and how he fits into the frame.

From Cassian’s perspective, he is introduced to a Rebel cell, his first active involvement in the cause which he will of course become a leading part of by the time the events of Rogue One arrive. Diego Luna sells his scepticism about his new comrades, a feeling shared by all of them as they begin a raid on an Imperial facility that seems set to be a key focus of the next episode.

The disorganised nature of the Rebel splinter cells is another strength of the episode showing it has not yet grown into the large force depicted in Episode IV and Rogue One, amd there are mentions of Forrest Whittaker’s Saw Gerrera, a radical Rebel who will feature later in the series. 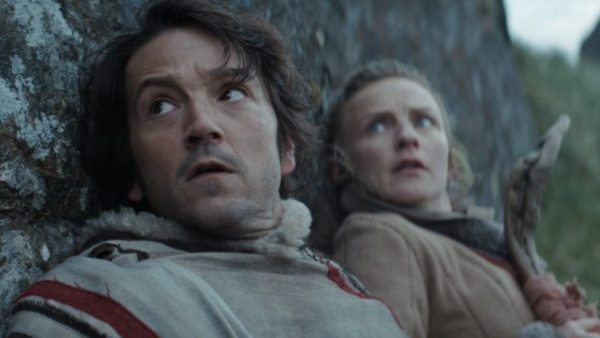 While the tone is wildly different from say Obi-Wan Kenobi, Andor still feels like Star Wars even without a glimpse of a Stormtrooper, TIE Fighters have never sounded so menacing and we get a greater insight than ever of the damage of Imperial occupation and the desperation of those wanting to fight back, no matter the cost.

If a slower episode, ‘Aldhani’ excels at fleshing out the Star Wars universe at this point giving the series a more expansive feel contrasting the wealth of Coruscant with the more impoverished planets visited to date. It’s the series’ tone and commitment to politics than continue to impress, building a sense of desperation and driven by its lead performances with the arrival of several new major players.