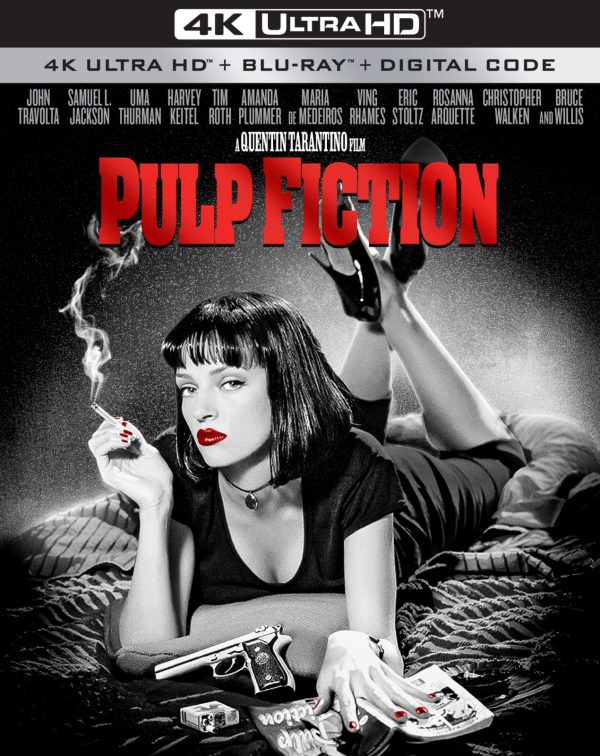 Pulp Fiction makes its debut on 4K Ultra HD and it’s a must-buy for fans of the film. It looks and sounds fantastic, and Paramount tossed in a Blu-ray (unfortunately, it doesn’t feature the same newly remastered transfer), a digital code, and a big ol’ batch of bonus features from previous editions. 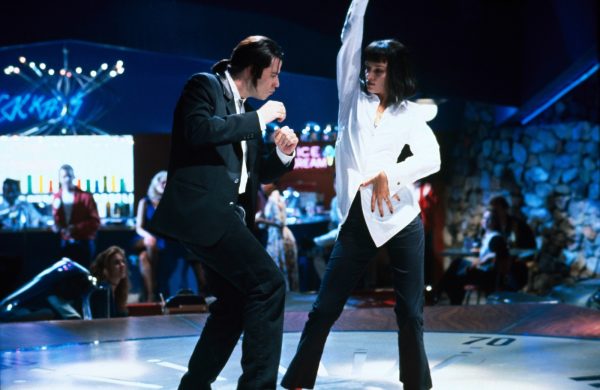 I can still remember walking out of a movie theater with a friend after seeing Pulp Fiction for the first time. It was as if a wave had washed over us, and we were emerging from the surf, drenched but in awe of what we had just experienced.

What hit us was not only the unique way Tarantino wrote dialogue but also the narrative structure he had crafted, in which the story didn’t unspool in a linear way. Sure, he wasn’t the first person to do either of those things in film, but he did so at a time when conventional narratives were the norm at multiplexes. 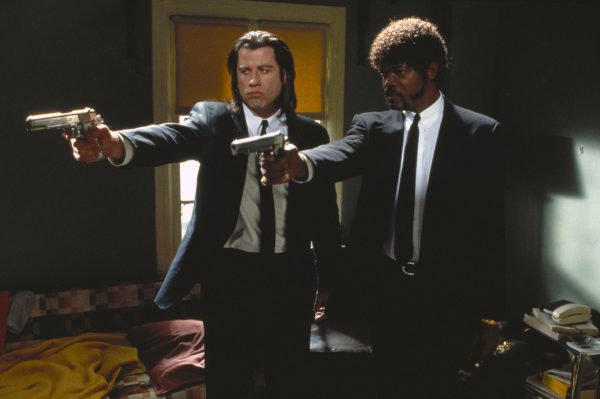 This is a film that hit the zeitgeist in such a way that even Cartoon Network satirized the infamous “Royale with cheese” scene in a bumper starring Shaggy and Scooby Doo. (I remember that because I had a little one in the house at the time, so we had that station on quite often.)

I won’t bother with a plot recitation, since I’m sure you’re familiar with it if you’re reading this review. If you’re wondering what the fuss is all about, I would even recommend Pulp Fiction as a blind buy in this new 4K Ultra HD release from Paramount. The only bummer about it is that they didn’t use the iconic theater poster art on the front of this SteelBook. 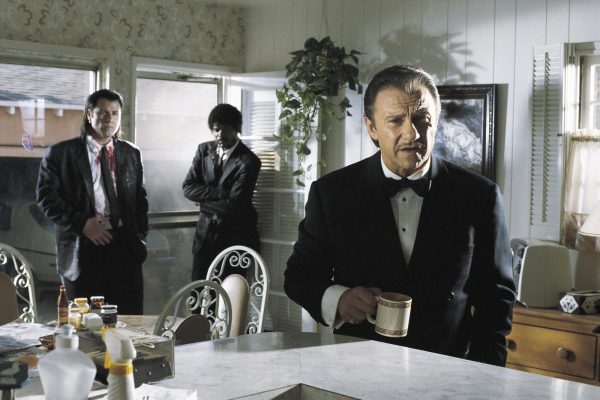 In terms of image quality, this is the best Pulp Fiction has looked since its original theatrical run. Sure, any 4K Ultra HD disc can promise that, but not all of them have delivered, such as Terminator 2’s excessive use of DNR to create a plastic-looking image.

With this movie, though, which is its first spin in 4K, the picture quality is immaculate. Having been restored for this release, Pulp Fiction offers vivid colors and sharp details, both of which are important for a movie meant to evoke the lurid dime store novels of decades past. My understanding, though, is that the included Blu-ray doesn’t use the same remaster. There’s also a code for a digital copy. 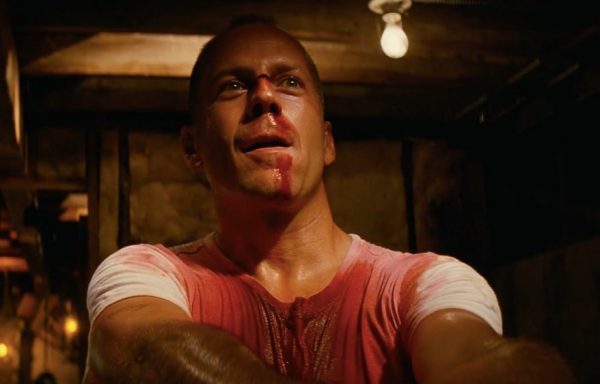 The Blu-ray houses the bulk of the bonus features, all of which have been ported over from previous editions, although a couple of them can be found on the 4K platter too. If you’re like me and haven’t dipped a toe in the Pulp Fiction pool since the DVD days, though, you’ll find a lot of stuff that’s new to you.

• Not the Usual Mindless Boring Getting to Know You Chit Chat (43 minutes): This is an extra that was created for the 2011 Blu-ray. It features Tarantino and the cast reuniting to discuss the film and its legacy.

• Here are Some Facts on the Fiction (20 minutes): Another roundtable discussion looking back on the movie, this one features a group of critics, including Elvis Mitchell, Scott Foundas, Tim Lucas, Andy Klein, and Stephanie Zacharek, who’s actually not much of a fan of the film. I thought it was a good choice to bring in someone who’s not a fan; you don’t often see that in the home video extras for acclaimed movies.

• Pulp Fiction: The Facts – Documentary (30.5 minutes): Dating back to around the turn of the century, this is a look at the film’s production, as well as the spot Tarantino was in at the time, having come off the rousing success of Reservoir Dogs.

• Deleted Scenes (24.5 minutes): This is a group of five excised scenes with introductions by Tarantino, who dismisses any talk of a Director’s Cut that reinstates the footage. Considering the clout he developed a long time ago, I’m sure he could have released such a version if he wanted to, so fans should respect his wishes. That said, there’s some interesting footage to be found here.

• Siskel & Ebert At the Movies: The Tarantino Generation (16 minutes): Remember those guys? I grew up on their show, and this is a segment from that series in which the pair of critics talk about Tarantino’s impact on movies.

• Cannes Film Festival – Palme D’Or Acceptance Speech (5 minutes): Unsurprisingly, Pulp Fiction made a huge splash at Cannes, and this is Tarantino’s acceptance speech for winning the grand prize during that year’s festival.

• Charlie Rose Show (55.5 minutes): It’s a shame Rose proved himself to be another man who couldn’t behave himself around women, because he always conducted great, in-depth interviews. Here’s one of those with Tarantino.

A stills gallery, an enhanced trivia track, and a huge batch of marketing materials, including trailers from around the world, a variety of TV spots, and posters, round out the disc.