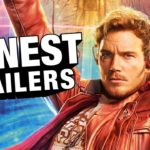 Coinciding with its Digital HD release [read our review here], Screen Junkies has unveiled its Honest Trailer for this year’s blockbuster Marvel sequel Guardians of the Galaxy Vol. 2; check it out here… Blast off again with Marvel’s space avengers, a team of misfits who learned to work together in the first movie, then turned […] 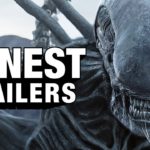 Screen Junkies has unveiled its Honest Trailer for Ridley Scott’s Prometheus sequel / Alien prequel Alien: Covenant; check it out below… When Ridley Scott wanted to wank about the meaning of life for two hours, he gave us Prometheus. Now, he’s back with a good old fashioned alien flick that returns to it’s Sci-Fi, horror […] 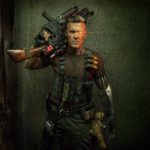 Yesterday Ryan Reynolds unveiled the first look at Josh Brolin’s Cable for the upcoming Deadpool 2 [take a look here], and seeing as the actor also plays Thanos in the Avengers franchise (set to show off his power for the first time and unleash mass destruction on Earth in Avengers: Infinity War), it was only a […] 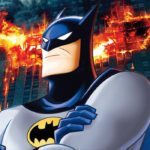 Appearing on an episode of Talkin’ Toons with Rob Paulsen, legendary Batman voice actor Kevin Conroy has offered his spin on the Caped Crusader’s classic speech from the ending of Christopher Nolan’s The Dark Knight, as he tells Commissioner Gordon that he’ll take the rap for Harvey Dent’s crimes in order to preserve the White Knight’s […]

Spider-Man: Homecoming swung into cinemas this past week as the wall-crawler made his solo debut in the Marvel Cinematic Universe, and YouTuber Mr Sunday Movies has put together a rather excellent breakdown of the superhero blockbuster, discussing all of the cameos and Easter eggs from the Marvel and Sony-produced reboot; check it out here… A […]

During an interview with MTV’s After Hours, actor Tom Holland revealed the “top-secret audition tape” that he used to secure the role of Spider-Man in Marvel’s upcoming Spider-Man: Homecoming. From British to Batman, the tape has plenty of surprises. Check it out below… While in no way, shape, or form legitimate… it does look like […]

Disney and Lucasfilm have released the second episode of the new animated series Star Wars: Forces of Destiny. Entitled ‘BB-8 Bandits’, the short sees Rey and BB-8 being pursued by scavangers looking to steal the droid; check it out below and watch the first episode ‘Sands of Jakku’ here… The first eight episodes of Star […]

Disney and Lucasfilm have released the first episode of Star Wars: Forces of Destiny, the new animated series focussing on the female heroes of the galaxy far, far away. In the episode, titled ‘Sands of Jakku’, Rey (voiced by Daisy Ridley) and BB-8 find themselves pursued by a hungry Night Watcher worm; check it out […]

The Thor: Ragnarok trailer has just received the 8-bit treatment, and it is absolutely glorious. JoBlo Video’s latest creation captures the trailer perfectly, and gives off a serious Golden Axe II vibe. So, in case you ever wondered what Led Zeppelin’s “The Immigrant Song” sounds like in chiptune form, check out the trailer below… SEE […]

Tom Holland has proven to be quite energetic during his various interviews leading up to the release of the Marvels first Spidey film Spider-Man: Homecoming. Holland is a young actor, and his enthusiasm and aspirations are totally admirable, but some of his older co-workers seem a little tired of Holland’s on-set behavior… and his excessive use of […]