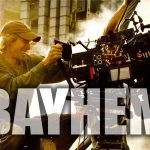 Tom Jolliffe on Michael Bay’s unique approach to cinematic destruction… In the mid-1990s a young upstart director burst out of the music video scene and blazed into the action genre with the kind of blustering gusto very few helmers have managed before or since. When I was growing up as a young teen, the cinema […]

Michael Bay’s next film, which is thankfully not another Transformers entry but a Benghazi thriller called 13 Hours, has gained another cast member. According to Variety, Pacific Rim and Fifty Shades of Grey alum Max Martini has joined the film as a member of “the six-man security team that fought to defend the many Americans stationed at the compound.” Martini joins previous casting […]