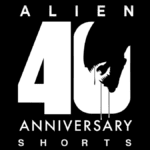 In celebration of the 40th anniversary of Ridley Scott’s iconic horror film, 20th Century Fox is releasing six original films set in the Alien universe from a new generation of filmmakers. These shorts were created in collaboration with Tongal, the online platform that connects online filmmakers with studios and brands to develop video content for digital platforms. […]

After the lackluster box office performance of Alien: Covenant, 20th Century Fox isn’t quite ready to give director Ridley Scott’s two proposed sequels the green light. According to The Hollywood Reporter, the studio will be taking steps to “reassess” the Alien series while Scott returns to the director’s seat for two upcoming feature films, All the […]

According to a new report from Le Journal de Montréal (via Screen Rant), the next X-Men movie will begin shooting sooner than expected. In a statement to the French-language news outlet, president of MELS Studios, Michel Trudel, confirmed that 20th Century Fox has set up production offices at the Montreal studio and will begin constructing sets in January for […]

In this Scooperhero News, Deathstroke is confirmed as a villain for Ben Affleck’s Batman’s solo movie, Mister Sinister is revealed for Wolverine 3, and 20th Century Fox are developing a James Bond-style movie about Stan Lee. Yeah. Um. We don’t know why either. Subscribe on YouTube for new episodes every Friday. [soundcloud url=”https://api.soundcloud.com/playlists/197064794″ params=”auto_play=false&hide_related=false&show_comments=true&show_user=true&show_reposts=false&visual=fale” width=”100%” […]

Subscribe on iTunes. Support Flickering Myth, buy a t-shirt.  Email in your podcast questions: oli@flickeringmyth.com So X-Men: Apocalypse hasn’t lit the world on fire. Sitting in the awkward place between commercially and critically beloved (Captain America: Civil War) and commercially and critically disappointing (Batman v Superman: Dawn of Justice), Apocalypse was lost in the superhero […]

Subscribe on iTunes. Support Flickering Myth, buy a t-shirt.  Email in your podcast questions: oli@flickeringmyth.com After Oli’s interview with the man behind 20th Century Fox’s X-Verse, Simon Kinberg, his and Luke’s picture of the man has been thrown out of kilter. He says the right things and shares the same passion for comics as we […]

Bryan Singer has been with the X-Verse since the first X-Men movie way back in the year 2000. X-Men: Apocalypse marks his fourth outing with the mutant team. But with 20th Century Fox trying to emulate Marvel’s successful MCU movie model, how involved is the X-Verse’s most enduring creative force in the studio’s other X-Men spin-off […]

Flickering Myth’s Oli Davis sits down with the man who arguably birthed the superhero genre as we know it today with 2000’s X-Men – director Bryan Singer – to talk about super-slow motion, making fun of The Last Stand, and how involved will he be in the X-Verse in a ‘Post-Apocalypse’ age? You can watch the interview […]

Subscribe on YouTube for new episodes every Friday. Support Flickering Myth, buy a t-shirt! Join Oli and Luke for a run down of the week’s biggest superhero news – including Ben Affleck reportedly feeling “humiliated” over Batman v Superman, Wonder Woman wraps shooting, Marvel “committing” to doing a Black Widow movie…and then getting accused of […]

Subscribe on iTunes. Support Flickering Myth, buy a t-shirt.  Email in your podcast questions: oli@flickeringmyth.com Could Marvel pulling Inhumans from their Phase III slate actually mean 20th Century Fox have agreed a deal to include the X-Men in the MCU from Phase IV onwards? This video is an extract from the mailbag section of the […]