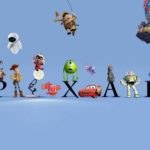 Edward Gardiner ranks Pixar’s movies from worst to best… Studio Ghibli runs them close, and even Dreamworks can come out with some crackers, but it’s hard to argue that Pixar isn’t the world’s greatest animation studio. From their inception with Toy Story in 1995 to last year’s The Good Dinosaur, here’s a run-down of the good and the bad, […]