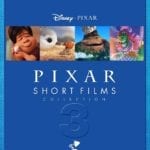 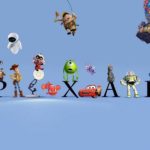 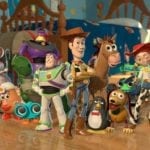 Ahead of the release of Cars 3, Eric Bay-Andersen ranks Pixar’s sequels… When people hear ‘sequel’, they usually think ‘shameless cash-in’, and although Disney’s purchase of Pixar must surely have influenced the number of sequels the studio has produced in the last 20 years (six with at least two more on the way), Pixar’s reputation […]

Anghus Houvouras on whether Amy Adams, Clint Eastwood and Finding Dory were snubbed by the Oscars with today’s Academy Award nominations… No. They totally weren’t. None of them belonged on that list. There’s the short version. Here’s the long one. Every year the Oscar nominations stir up controversy. There are times where the incredulity is […]

Disney’s Rogue One: A Star Wars Story continues to dominate the multiplexes around the world, pushing its worldwide haul to $914.4 million in its fourth weekend to become the fifth biggest film of 2016, having overtaken Batman v Superman: Dawn of Justice and The Secret Life of Pets. This means Disney now has the top […]

2016 was certainly a great year for The Walt Disney Company, with the studio setting a record at the worldwide box office, having pulled in $7.6 billion in total between January 1st and December 31st. Well, Disney has also set a record on the homefront too, with Rogue One: A Star Wars Story helping push its […]

Hollywood is celebrating a record year at the North American box office, with THR reporting that 2016’s releases grossed $11.36 billion combined, up 2.1% from 2015’s previous record of $11.14 billion. Disney led the way with the three biggest releases of the year in Finding Dory ($486 million), Rogue One: A Star Wars Story ($430 […]

After unveiling the most pirated TV shows of the year earlier this week, Torrent Freak has now revealed the ten most-pirated movies of 2016, based upon the number of illegal downloads on BitTorrent over the past six months. There aren’t really any major surprises here, save perhaps for the lack of Zootopia, which is the […]

Luke Owen charts the highest grossing movies of 2016… The box office battle of 2016 is now in the books, and Disney are the ones wearing the king’s crown. Their domestic totals are very impressive, and their worldwide takings are even better. As with the opening weekends, The House of Mouse holds six of the […]