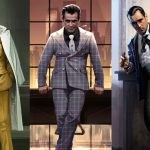 With The Batman now streaming and attention already turning towards the now officially-announced sequel, we’re starting to get a peek behind the curtain of Matt Reeves’ acclaimed DC Films reboot along with a taste of some of the other ideas that were floated around during development. Courtesy of artist Adam Brockbank, we now have a […]