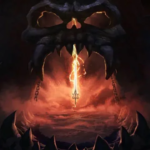 Back in August, Kevin Smith announced that he’s teaming with Netflix to produce Masters of the Universe: Revelation, an anime series serving as a sequel to the original Masters of the Universe Saturday morning cartoon from the 1980s, and now we’ve got word of the star-studded voice cast for the new show. The Vampire Diaries […]