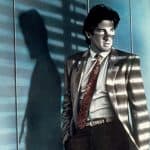 Deadline is reporting that Boardwalk Empire actress Gretchen Mol has been cast alongside Jon Bernthal (The Punisher) in American Gigolo, a TV adaptation of the classic 1980 film noir starring Richard Gere and Lauren Hutton. The pilot is being written and directed by David Hollander (Ray Donovan), who will also executive produce with Jerry Bruckheimer, […]