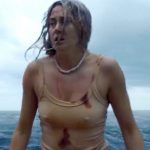 The Descendants and Big Little Lies‘s Shailene Woodley has signed on to star alongside Jungle Cruise‘s Jack Whitehall in Robots, the new comedy from the writer of Borat: Subsequent Moviefilm. According the The Hollywood Reporter, Anthony Hines, who also worked on Sacha Baron Cohen’s Brüno, will co-direct the film alongside Casper Chrsitensen, who made Klown, the […]