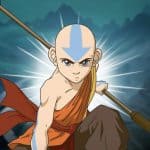 After Paramount announced a set of three animated Avatar: The Last Airbender features set within the show’s continuity last month, much speculation was held over what the films would focus on. At the San Diego Comic-Con, Legend of Korra actress Janet Varney revealed the first of these three movies will follow Avatar’s main character Aang in a […]

Last August, original Avatar: The Last Airbender creators Michael Dante DiMartino and Bryan Konietzko dropped out of executive-producing and running Netflix’s future live-action version of the hit series. Luckily, it now seems that their association with the franchise (which includes sequel series The Legend of Korra) is far from over. According to multiple news sources, […]