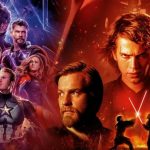 A Rotten Tomoates fan poll of best summer blockbusters has seen Star Wars: Episode III – Revenge of the Sith absolutely smash Avengers: Endgame. Avengers: Endgame is one of the biggest films of all time, grossing an obscene amount of money worldwide and receiving high acclaim from all corners. But what do fans think of […]