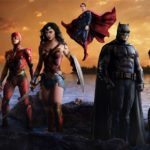 When Warner Bros. announced that they were restructuring the DCEU, it got fans thinking about which of its forthcoming slate of films would fall victim to Justice League’s poor performance. Well, worry no more if you’re a fan of Batgirl or Green Lantern Corps, because fans have laid eyes their eyes on the list during this […]