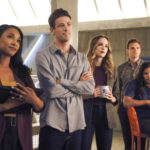 Jessie Robertson reviews the season 6 premiere of The Flash… Welcome back to Central City! Season 6 kicks off with everything you get in The Flash package: action, drama and a whole lot of science! Our season opener deals with the backlash of the last season’s finale, where we saw the tragic death(?) of Nora […] 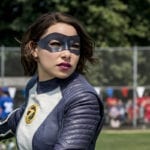 Jessie Robertson reviews the fourth episode of The Flash season 5… A villain who actually works this week! The Good: – This was a great episode. The opening “family breakfast” defines what The Flash is all about. Great, smart, character driven writing with Iris who can’t cook and is obviously third wheel to Barry and […]

Jessie Robertson reviews the third episode of The Flash season 3… Barry Allen: the second Daughter Joe never had (Yeah, I’d give him that look too, Barry) Tonight’s episode was titled “Magenta” and it gave us a new villain, and another one formed from the mysterious husks of Dr. Alchemy (are we going to get […]

Ever since Ezra Miller was announced as the actor to play the big screen version of The Flash in the DC Extended Universe, fans have debated which version of the character he’d be portraying. Some believed he’d be Wally West, thanks to the fact that Barry Allen is already played by Grant Gustin on the CW. Phil […]