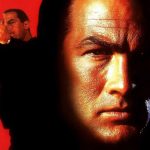 Tom Jolliffe looks back at one of Steven Seagal’s early works, as Marked For Death turns 30… After breaking out with Above The Law, a lot was expected among action fans for what would follow from Steven Seagal. It would take a couple of years waiting until the next one, but 1990 saw two Seagal […]