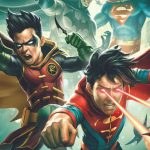 After unveiling the trailer earlier in the week, Warner Bros. Home Entertainment has now announced that DC’s first fully CG-animated feature Batman and Superman: Battle of the Super Sons will arrive on 4K Ultra HD and Blu-ray this October. Check out the cover artwork and details below… Produced by Warner Bros. Animation, DC and Warner […] 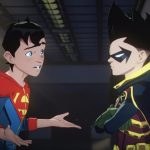 Warner Bros. Animation has released the first trailer for their DC film Batman and Superman: Battle of the Super Sons. Watch the trailer below… The film will follow the first meeting between Jonathan Kent and Damian Wayne, the respective sons of Superman and Batman. Jonathan only just learns his father Clark Kent and Superman are one […]