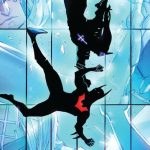 Batman Beyond: Neo-Year #4 is out on Tuesday, and you can check out the official preview here… The Sword of Gotham strikes! Neo-Gotham gave Terry McGinnis a chance to leave—he was warned a Batman could not live in this new city. Terry refused and now he’ll have to live with the consequences: a fight for […] 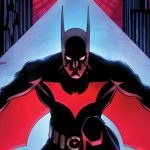 Bruce Wayne is dead, but the Batman of the Future fights on as DC Comics launches its new series Batman Beyond: Neo-Year this coming Tuesday; check out the official preview of the first issue here… Neo-Gotham is alive and has killed Bruce Wayne. It’s rejected Terry McGinnis as Batman and offered him the chance to […]