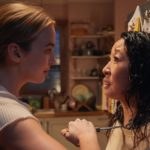 The spy thriller series Killing Eve is coming to an end with its fourth season, but fans hoping for more of the series may get their wish as BBC America is said to be developing several potential spin-offs once the series concludes. Killing Eve stars Sandra Oh as MI6 agent Eve Polastri and Jodie Comer as the deadly […]

Having recently concluded its second season a few days ago, BBC America has announced that it has decided to cancel Dirk Gently’s Holistic Detective Agency. The series starred Samuel Barnett and Elijah as a pair of investigators solving peculiar and strange mysteries. It was based on Douglas Adams’ work of the same name, with the series […]

Villordsutch reviews Dirk Gently’s Holistic Detective Agency #3… The reborn Egyptians keep walking, the Copycat Killers keep killing, and the museum gala where these and other seemingly random events will converge looms large! As with last month’s Dirk Gently [review here] our action isn’t as much of a firework display this month – it’s more of […]