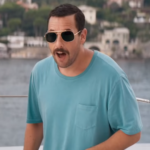 Fresh of the success of his latest pairing with Jennifer Aniston in Murder Mystery, Adam Sandler is currently prepping for his next feature, an as-yet-untitled Halloween-themed comedy (previously announced as Hubie Halloween), and Deadline has announced details of the film’s supporting cast. Set to join Sandler in the movie is an all-star ensemble cast that […]