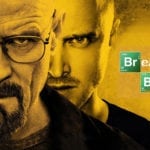 In the lead up to the San Diego Comic-Con International this week, it was revealed that scenes in the fourth season of Better Call Saul will take place during the Breaking Bad timeframe, prompting speculation that Bryan Cranston’s Walter White or Aaron Paul’s Jesse Pinkman could be in line for an appearance in the spinoff show. […]